Gwyneth Paltrow and Uncle Jesse make their return and the Purple One has his musical debut on last night’s episode of Glee, tantalizingly titled “Sexy.” After Brittany has a pregnancy scare brought on by seeing a stork build a nest outside her window, Will realizes the kids in his glee club need some serious sexual education, to be delivered by everyone’s favorite substitute teacher, Holly Holiday (Paltrow). Of course anything that gets the kids talking about sex surely leads to drama, trysts, hilarity and awkwardness. What would Glee be without them? END_OF_DOCUMENT_TOKEN_TO_BE_REPLACED 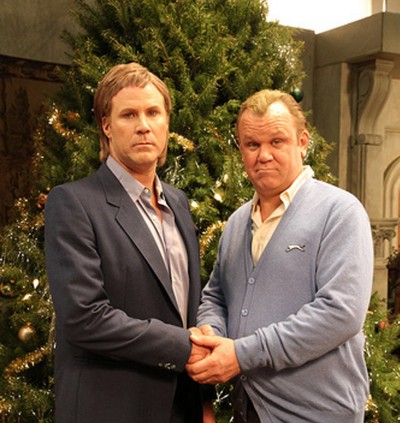 Every Christmas season brings us a litany of competing versions of the same tunes. This year, though, comedic actors seem to battling it out as much as would-be Tony Bennetts. Last week we LOLed at Jack Black and Jason Segel’s bombastic arena rock version of the Bing Crosby and David Bowie duet “Little Drummer Boy/Peace On Earth.” This week, Will Ferrell and John C. Reilly threw their hat into the ring with their own version of the holiday classic. END_OF_DOCUMENT_TOKEN_TO_BE_REPLACED 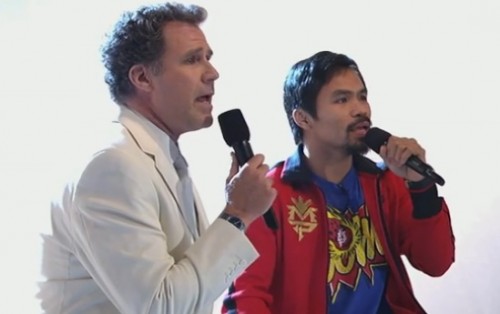 “This is a special night for lovers of music and for lovers in general,” Kimmel says. How right he is. Watch it below. END_OF_DOCUMENT_TOKEN_TO_BE_REPLACED