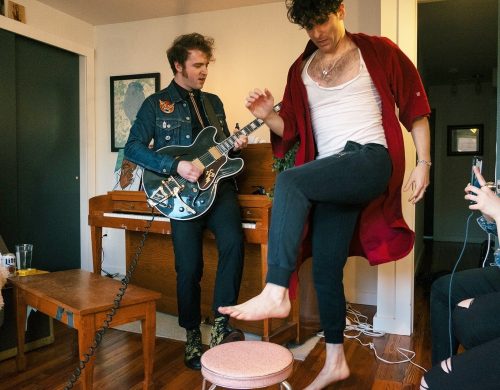 As everyone from Rolling Stone to their hometown Philadelphia Inquirer have noted, Low Cut Connie’s Adam Weiner has been putting some of the best – strike that, the best – live streams of our quarantined era. In twice-weekly shows he calls “Tough Cookies,” Weiner, sometimes accompanied by guitarist Will Donnelly, strips down to his skivvies and plays a high-energy set with a whole lot of crowd participation – doubly impressive without an actual crowd. He also invites friends ranging from Dion to Big Freedia to join him (when’s he going to get his most famous fan in on the action?) If you haven’t watched one, you should; it’s at a whole different energy level than any other artist’s stream. END_OF_DOCUMENT_TOKEN_TO_BE_REPLACED