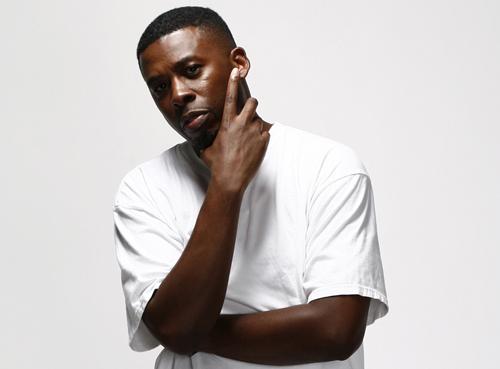 The GZA breathes new air and about 140% more lyrics (135 words vs 328 words) into a classic from the ‘70s with the cover of “The Mexican” as a one-off single. The original song by the progressive blues rock group, Babe Ruth, samples Ennio Morricone’s “For A Few Dollars More” from the Clint Eastwood Western set in a Mexican village. In The GZA’s version, we learn a lot more about Fernandez and why it’s a “sad morning”. END_OF_DOCUMENT_TOKEN_TO_BE_REPLACED

Though Bob Dylan moved away from his role as a ‘protest singer’ long ago — we saw Another Side by his fourth album — his name will forever be associated with social activism. The international human rights organization Amnesty International rose out of the same turbulent era as Dylan, forming in 1961, the year Dylan recorded his first album. Fitting, then, that in celebration of their 50th birthday, Amnesty would call on artists to contribute their Dylan covers to the massive four disc set Chimes of Freedom: The Songs of Bob Dylan Honoring 50 Years of Amnesty International. END_OF_DOCUMENT_TOKEN_TO_BE_REPLACED

Chimes of Freedom: The Songs of Bob Dylan Honoring 50 Years of Amnesty International doesn’t come out for another month, but the massive four-disc tribute is available to stream below. We’re just making our way through it ourselves, but the Gaslight Anthem’s “Changing of the Guards” and Queens of the Stone Age‘s “Outlaw Blues” are early highlights. On the flip side, Ke$ha‘s “Don’t Think Twice, It’s Alright” is truly atrocious (though Miley Cyrus‘ “You’re Gonna Make Me Lonesome When You Go” isn’t bad at all). For whatever reason, you can stream 60-second excerpts of the first two discs and the full songs for the second two. At 2+ hours of music, though, we think you’ll survive. Stream the album below, then tell us what the best/worst songs are in the comments. (via Facebook) END_OF_DOCUMENT_TOKEN_TO_BE_REPLACED

Can you ever have ever too much Bob Dylan? With the release of an astounding line-up of artists for the latest Dylan tribute, the answer is a resounding – never! Last month we brought you more info on the upcoming Bob Dylan tribute album, Chimes of Freedom: The Songs of Bob Dylan Honoring 50 Years of Amnesty International (including Ke$ha’s unfortunate quote comparing her music to that of the legend), but the full tracklist gets us even more excited. Elvis Costello! The Gaslight Anthem! Pete Townshend! Flogging Molly! Kronos Quartet! END_OF_DOCUMENT_TOKEN_TO_BE_REPLACED 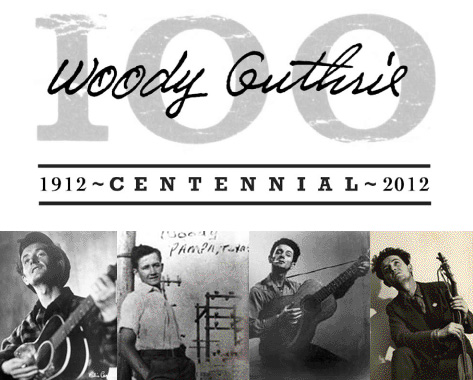 As part of the upcoming 2012 year-long 100th birthday celebration of Woody Guthrie comes Note of Hope, a twelve song covers tribute of mostly unreleased Guthrie songs. Woody’s daughter Nora Guthrie is at the helm producing the project which features bass player extraordinaire Rob Wasserman joining up with a fantastic selection of artists. The legendary American singer-songwriter and folk musician is getting the birthday party he deserves. END_OF_DOCUMENT_TOKEN_TO_BE_REPLACED 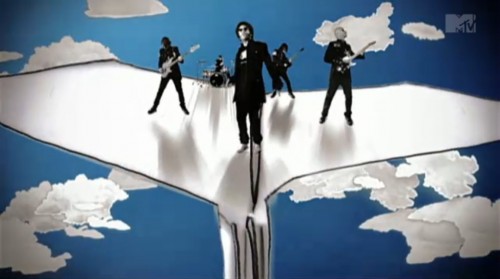 The fact that the band spends the entire video riding on a paper airplane seems a touch, um, literal. But the paper city they colorize shows more inspiration. Plus, Morello and MC Boots Riley hog the camera enough that their charisma carries it. Notice how Morello hits that high guitar note (the cash register noise in the original) by slamming his guitar above the fret board. Pretty cool. Now can they please release a video for “Mama Said Knock You Out”? END_OF_DOCUMENT_TOKEN_TO_BE_REPLACED