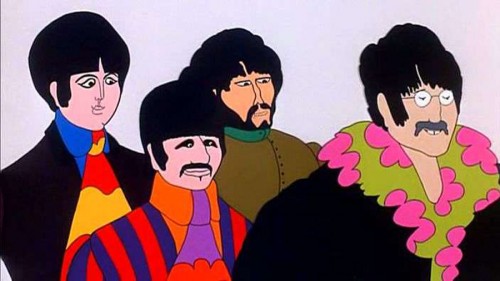 George Harrison was still struggling to get his voice heard when the Beatles recorded “It’s All Too Much.” They did so during the week that Sgt. Pepper was released (an album with only one of George’s songs); originally planned to appear on Magical Mystery Tour, it was delayed for the Yellow Submarine soundtrack, which came out more than half a year after the movie premiered. For a song that seemed determined to be an afterthought, “It’s All Too Much” has gone on to become best known as being perhaps the most underrated Beatles song. East meets West while tripping on acid, and hand in hand they sail into the mystic, taking the time to quote a line from the Merseys song “Sorrow” (which would have to wait for an immortalizing full-length cover until David Bowie came along).
END_OF_DOCUMENT_TOKEN_TO_BE_REPLACED