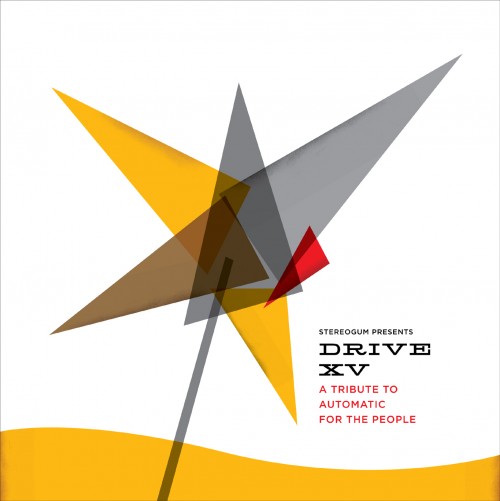 “Every one of its 12 songs is worthy of attention,” MOJO said, and in 2007 the website Stereogum proved it with their tribute album Drive XV: A Tribute to Automatic for the People. A celebration of Automatic‘s 15th anniversary, the tribute featured artists who grew up with R.E.M. as a constant in their lives, and hearing that familiar band speaking with a new voice clearly made an impression on these musicians who were still discovering their own voices and the ways they could be raised.
END_OF_DOCUMENT_TOKEN_TO_BE_REPLACED

The voting for Cover Commissions: James Eric is over, and Devo’s “Beautiful World” took it! Keep checking back here for the exclusive debut of James’, and be sure to stop by next Thursday for more exciting cover news! (Not sure what I’m talking about? Catch up here.)

For some reason, while the indie cover world has jumped on the singer-songwriter bandwagon, making supposed has-beens like Bob Dylan and Bruce Springsteen “cool” again, it’s still embarrassing to like Billy Joel. Maybe it has something to do with the fact that, unlike the previous two he stopped putting out music years ago, but that’s no reason to knock his old tunes. Whatever the reasons, Billy Joel covers that aren’t sappy lounge-jazz mush are hard to come by. After some digging, here’s a few.

Anders Holst – All About Soul
This one showed in my inbox a month or two ago, and inspired this post. It starts off jazzy, but quickly goes world-folk in one of the most sincere and pleasant covers I’ve heard in a while. [Buy]

Matt Wilson – She’s Always a Woman
Joel has written some drippy love songs, it’s true, but Wilson gives this one some bite in a tumult of grunge force. [Buy]

The Forms – We Didn’t Start the Fire
Putting the political and cultural history of the latter half of the twentieth century in under five minute may be one of Joel’s greatest triumphs. Making it not only catchy, but a massive hit? Even better. The tune’s wikipedia page meticulously documents all the references, and I’ve heard of high school history classes using this song as a jumping off point. [Buy]

Nature Quest – Vienna
Nature Quest (who?) has a whole album of instrumental Joel tunes called Billy Joel Naturally where they take on some classic rarities with a little more spice than the normal The [Genre] Tribute to [Artist] disc. Even if it does veer towards easy-listening sometimes, it’s tastefully done arrangements. [Buy]

Nerve – Uptown Girl
This sort of pop-punk cover is generally the domain of Me First and the Gimme Gimmes; they’ve even done a similar version of this song. Nerve’s take pushes it to the next level, a little more raw, more unrehearsed, more on the verge of collapse (if it hasn’t already). Aggressive but fun, it’s if the Sex Pistols took on Billy Joel. The Sex Billys? [Buy]

Braid – My Life
“Is this thing on or what?” I clustered this with Nerve since it’s another raw rock cover. This one breaks the song down though with unusual pauses, cadences, breakdowns and general mayhem. Play it through some shitty laptop speakers to get the full experience. [Buy]

Rebecca Elliot – You’re My Home
Soulful and solo, Elliot’s take on one of Billy’s more saccharine song comes from a Teach for America fundraiser you should support. Quick question though: What the hell is an instant pleasure dome, and is it supposed to sound that dirty? [Buy]

Hussalonia – All For Leyna
My favorite Billy Joel album has always been Glass Houses. It’s rocking, it’s upbeat, and it’s free of the drippy mush he has a propensity for. So imagine my delight to discover that a band had covered the whole damn thing for our friends over at Coverville. It’s all for free download here, and sounds great! Glad I’m not the only one who loves this disc. [Buy]

After the Fire – Only the Good Die Young
Solo acoustic covers of songs are generally the easiest to find, so it’s a bit shocking that this is the only one that shows up in this post. This comes from Australian radio station Triple J’s “Like a Version” feature, where artists perform random covers that they’ve put out on four discs. Check ‘em out. [Buy]

Yo La Tengo – You May Be Right
In calling their cover album Yo La Tengo Is Murdering the Classics they may be right, they may be crazy, but the story behind these tunes is fun indeed. As a fundraising gimmick for a New Jersey radio station, for three years they let they let donors request a song they would attempt. They forget the words, throw other songs in their, and generally just jack around, but it’s fun stuff. [Buy]