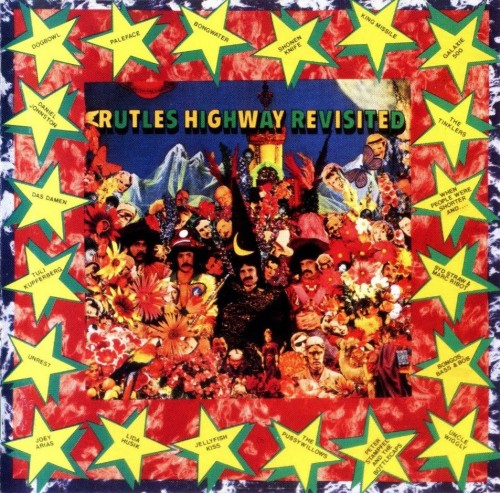 Until such time as a record company can be persuaded to put together a Spinal Tap tribute album (and really, how did that never happen?), the award for Best Tribute Album To A Fictional Band has to go to Rutles Highway Revisited. The Rutles were a takeoff on the Beatles with songs written by Neil Innes that were SO close to the originals that Innes now has to share royalties with Lennon and McCartney. They had a brilliant (and little-seen at the time) TV special with many Saturday Night Live members and a few quality musicians (including a heavily disguised George Harrison). The Shimmy Disc label saluted the band in 1990 with an album designed mostly to promote the label’s frequently eccentric artists, but with such cheerful pastiches to work with, the hits-to-misses ratio was pretty darn good.
END_OF_DOCUMENT_TOKEN_TO_BE_REPLACED

In 2008, Melissa Rich Mulcahy died, leaving behind two-year-old twin girls and her husband Mark. That would be Mark Mulcahy, leader of the ’80s college radio favorites Miracle Legion and Polaris (Adventures of Pete & Pete – ’nuff said) and a solo artist who was suddenly not just a widower, but one who was unable to record or tour because he needed to be there for the kids. What he didn’t know was that plans had been set in motion to put together a tribute album whose proceeds would assist him in his hour of need – plans which evolved into what Big Takeover called “a sort of indie-rock equivalent to the final scene of It’s a Wonderful Life.”
END_OF_DOCUMENT_TOKEN_TO_BE_REPLACED