To celebrate that, today we launch a new series. Every week we’ll pore over the newest Bandcamp releases and find our five favorite covers. They’re all under-the-radar gems and they’re all free. This first week, we dug up great covers of Wild Cherry, Sharon Van Etten, David Bowie, MGMT, and Kings of Leon. Check ’em out below and let us know what you think in the comments! END_OF_DOCUMENT_TOKEN_TO_BE_REPLACED 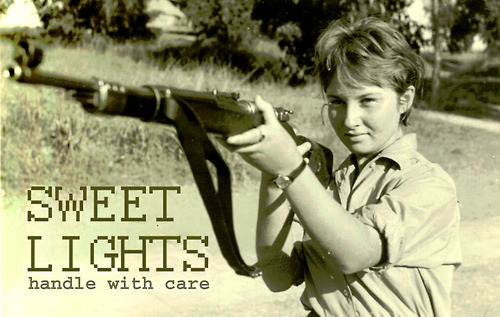 This isn’t a knock on the group; it’s just a fact. Godawful name aside, they actually had some decent songs. “Tweeter and the Monkey Man,” an overt Springsteen rip-off/homage, features one of Dylan’s best narratives since Desire. “End of the Line” spotlights Orbison beautifully and don’t tell me the ”Wilbury Twist” doesn’t make you crack a smile. The only song that even threatened to make them more than just a bunch of famous names, though, was “Handle with Care.” An impromptu session writing this song for a Harrison B-side inspired the band, so they released it as their first single. It spread singing time as equally among the four leads as anything they recorded. Sweet Lights’ spacey cover slows the tune down to a dreamy meander, with swaths of electronic flutter and the occasional harpsichord strum accompanying the faithfully beautiful harmonies. END_OF_DOCUMENT_TOKEN_TO_BE_REPLACED