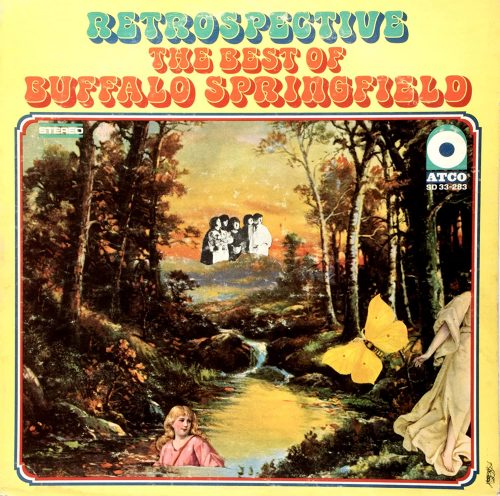 Retrospective saw Buffalo Springfield’s record company out to catch a final buck or two, their cash cow having imploded ahead of quite how much of a cash cow it could or should have been. The band had been on the decidedly no-frills ATCO label, an offshoot of Atlantic for acts that failed to fit their then template of blues, jazz, r’n’b and soul, along with other square pegs of the day, like Dr. John. I say no frills, as their cover art was always of the decidedly cheap and shoddy nature: Retrospective has a cover that cannot have taxed too many creative brains, the “rips” in the background paper, to allow inserts and a makeshift collage, are all clearly visible.

Retrospective, which is actually subtitled “The Best of Buffalo Springfield,” actually performed as well as their final album, Last Time Around, and surpassed the sales of both Buffalo Springfield and Buffalo Springfield Again. It’s an artistic success, too; it contains many songs which have a greater quality, with the hindsight of time, than perhaps was fully appreciated at the time. Stills’ “For What It’s Worth,” their biggest hit, has repaid itself time after time after time, becoming a soundtrack shorthand for setting a time and place during the US civil rights years. That has to appease him a little, surely, against his always apparent second pegging against his Canadian nemesis. 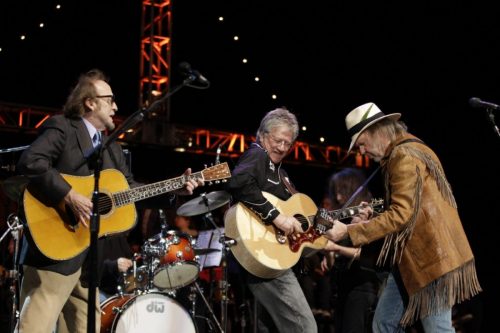