For their recent Like a Version performance, Confidence Man, a duo of Janet Planet and Sugar Bones, covered Bryan Adam’s “Heaven.” Well, sort of. They really took their cues from the hit club cover of “Heaven” by DJ Sammy. “We didn’t actually know [it was a cover],” said Planet. “Stu, our manager – who’s old – told us that. We listened to [the original], and it’s not that good.” Ouch! But their cover is a blast to watch, all charisma, choreography, and energy from the two of them in front of an ominously veiled band. As NME points out, Confidence Man are the third act a a cover of a cover on the show. In 2017, Alex Lahey covered Natalie Imbruglia’s hit cover of Ednaswap’s non-hit “Torn” (we wrote a feature explaining the backstory there). And in 2018, garage-rock septet West Thebarton covered Florence + The Machine‘s cover of The Source and Candi Staton’s “You’ve Got the Love.” END_OF_DOCUMENT_TOKEN_TO_BE_REPLACED

Last week, Beyoncé surprised-dropped her live album Homecoming. It accompanied the Netflix film of the same name, which immortalized her lionized 2018 Coachella performance. The biggest surprise of all was the bonus track: a cover of Maze’s 1981 “Before I Let Go.” The original song wasn’t a huge hit when it first came out, but has grown to be referred to sometimes as the “black national anthem.” Beyoncé brings it right up to the present with a big production including marching band, new rap verse, and a sample of New Orleans bounce artist DJ Jubilee. END_OF_DOCUMENT_TOKEN_TO_BE_REPLACED 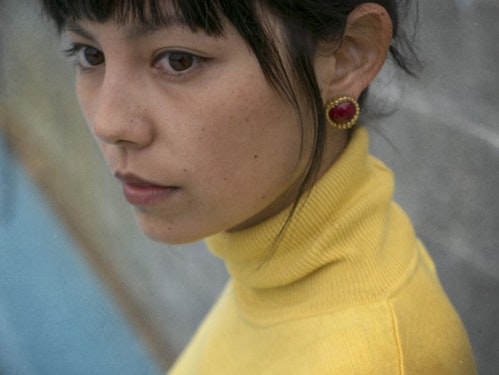 If ever there was a time to cover Weezer, now seems like one of the best since 1994 when they released their eponymous debut (aka the “Blue Album”). In January, Weezer capped off a wacky, Toto-filled 2018 with their Teal Album of cover songs. They’re certainly in the zeitgeist right now, so it seems like an excellent time to quickly slap together a tribute to one of their radio-saturating hits. Steady Holiday, however, went with a deeper cut. END_OF_DOCUMENT_TOKEN_TO_BE_REPLACED