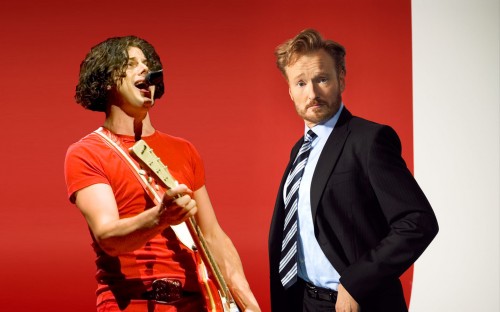 As the youngest, hippest late night show, Late Night with Conan O’Brien always featured better music than Leno/Letterman. With Jimmy Fallon recruiting the Roots, though, O’Brien finds himself with more music-cred competition. He starts his comeback strong by bringing back Jack White for the 876th time tonight. The two first met at a Detroit bowling alley when Jack White was still John Gillis and have been buddies ever since. Jack has appeared on various Conan-helmed shows ever since, even briefly reuniting the White Stripes for the Late Night sendoff in 2009. END_OF_DOCUMENT_TOKEN_TO_BE_REPLACED