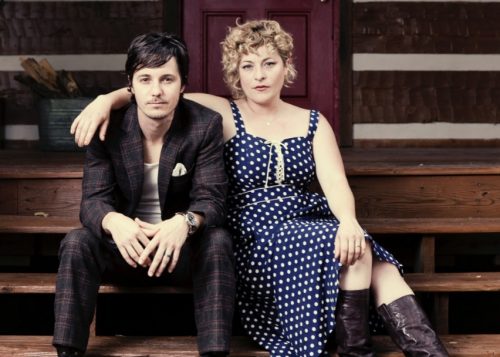 Husband and wife team Cary Ann Hearst and Michael Trent, better known as Shovels & Rope, know their way around a good cover song. We’ve shared a handful of their covers here at the site over the years, including a couple of cuts from their 2015 collection of covers, Busted Jukebox, Volume 1. From that title, it’s almost as if they knew they’d be releasing more covers at some point. Well, surprise! This week sees the release of Busted Jukebox, Volume 2, following the same format of Volume 1: a wide-range of source material reimagined with the help of some musician friends. END_OF_DOCUMENT_TOKEN_TO_BE_REPLACED

This week’s set has even less of a defining theme than usual. Old-school folk mixes with new-school hip-hop. Ukulele twee bumps up against chiptune bounce. The best link we can find: two of the covered artists come from Scandinavia (and Joni Mitchell‘s half Norwegian). Guess we’ll have to live with that. END_OF_DOCUMENT_TOKEN_TO_BE_REPLACED 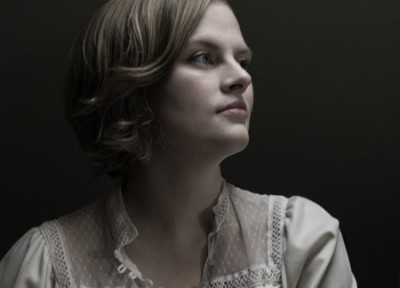 The country continues its winning streak with Ólöf Arnalds. Ms. Arnalds debuted in 2007 with – say it with me now – Við Og Við. She works closely with Sigur Rós piano/xylophone player Kjartan Sveinsson and her latest single features Björk. Icelandic musicians stick together.
END_OF_DOCUMENT_TOKEN_TO_BE_REPLACED

I’ve heard a lot of covers, but every now and then a song comes along so bizarre I think, no way anyone could cover that. In every case, I turn out to be wrong. It seems musicians can take even the strangest, most idiosyncratic music and remake it in their own image. Let me present…the (not quite) uncoverable.

Neil Cowley Trio – Revolution 9 (The Beatles)
The ultimate in uncoverable (well, after Metal Machine Music…which, incidentally, an orchestra covered). The original is just random noise with some idiot saying “number nine” incessantly. When MOJO wanted to put together covers of all tracks on the White Album, I would have thought they’d given up upon remembering ol’ #9. But no, they persevered, and came up with a funky jazz cover that, unlike the original, doesn’t sound like ass. [Buy]

Alan Licht – Lonesome Valley (Trad.)
The tag says “Trad,” but there’s a lot more to the story. Licht, of avant-garde free-jazz groups like Lovechild and The Blue Humans, describes the history of this track: “Run On’s David Newgarden had played me a CD of hollerin’ contests from North Carolina, so I went about coming up with chord progressions to play behind the recordings of the weird a cappella, howling melodies.” Hollerin’ is a lost art of yelling, communicating messages in wordless yelps. It’s bizarre stuff, and can be explained better here. [Buy]

James Eric – Untitled #1 (Vaka) (Sigur Rós)
The music of angels, Sigur Rós has a sound all their own. Airy, spacey songs that float by sung either in Icelandic or a made-up language (for most of us there’s little difference), their music is entrancing, enticing, and as idiosyncratic as can be. Shockingly, however, there are a few Sigur covers out there, all quite good. I chose this one because (spoiler alert) you can expect to see more of Mr. Eric here in the very near future. [Buy]

Vienna Teng – Idioteque (Radiohead)
Radiohead is a commonly covered band, but some songs lend themselves better to covers than others. The original for this “tune” features such an idiosyncratic drum loop one wonders how to reinvent it. Teng hints at the pattern, but brings out the melody as a folksy tune with (gasp) harmonies! [Buy]

Violent Femmes – Step Right Up (Tom Waits)
Quite a few Tom songs could fit in this uncoverable category, but this tuneless huckster bark goes right up there. Tom’s six-minute infomercial for dozens of questionable products, “Step Right Up” find the Femmes adding in some more free-jazz background and bizarre vocal contortions to sell you their shit. Don’t be caught with your drawers down! [Buy]

Patti Smith – Smells Like Teen Spirit (Nirvana)
“What’s this doing here?” you’re wondering. “It’s one of the most easy-to-cover rock songs there is because of that damn riff.” It’s true; the riff puts it just after “Smoke on the Water” as a popular hook to inspire teens everywhere to pick up an axe. The vocals come second; you know the riff, you can play the song. Smith does the unthinkable though, putting out a version of the tune without the riff! The fact there even is a song without the riff is the real shock, much less that it’s such a good one. [Buy]

Mersault – Westward Ho (Moondog)
There are some unusual stories in music, but it doesn’t get much more bizarre than Moondog. Where to begin? For one, he was a homeless guy. Who only wore homemade clothes. That he designed to look like the Norse god Thor. Including a horned helmet. The strangest thing of all though, was that this “Viking of 6th Avenue” produced gorgeous off-kilter melodies, largely using his own invented instruments. Needless to say, not an artist you’d expect to find a lot of covers of, especially of a song that only has one line. [Buy]

Jars of Clay – Jesus’ Blood Never Failed Me Yet (Gavin Bryars)
Ina little mini-theme here, this is the second recording of a homeless guy. Bryars heard a recording of an anonymous tramp singing a two-line testimonial to his face, and turned it into one of the most gorgeous pieces I’ve ever heard, adding strings, brass and, later, Tom Waits to come up with 74 minutes of sweeping beauty, all built around the tramp’s sixteen words. Well-regarded Christian rock group Jars of Clay took those few lines and added their acoustic harmonies to bring the simple melody to a new generation. [Buy]

The Antlers – When You Sleep (My Bloody Valentine)
Influential though they are, My Bloody Valentine’s shoegaze noisescapes seem so idiosyncratic one wonders how anyone could translate them. Pickin’ on MBV: The Bluegrass Tribute seems a stretch. The Antlers get it right though, keeping the waves of reverb right up front. [Buy]

Bruce Springsteen – Dream Baby Dream (Suicide)
When Springsteen abruptly began closing his 2005 solo concerts with this obscure cover, fan reaction was understandably mixed. The song only has two lines, repeated over an over to an organ loop for as long as thirteen minutes. Hypnotic and haunting, Bruce probably just couldn’t get the melody out of his head, and neither will you. [Buy]