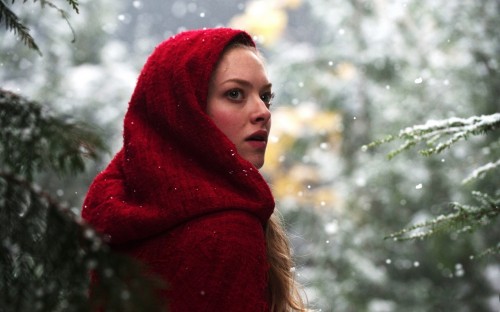 Amanda Seyfried isn’t known for her singing abilities as much as her ability to tell whether or not it is raining with her breasts. In her cover of Sam the Sham and the Pharaohs’ “Li’l Red Riding Hood,” however, she proves more than your typical meteorologist. Full of breathy-actress-turned-singer vocals, Seyfried’s singing actually does the song right by adding a certain heaviness. The song’s lyrics are dark and foreboding, and her ultra-feminine voice warps the song a little further.

The song is not anything that is going to thrust Seyfried into pop-stardom, but it is a great addition to the pop-horror-fantasy that is the movie Red Riding Hood, Seyfriend’s latest project. The single is available on iTunes and for streaming at Entertainment Weekly.