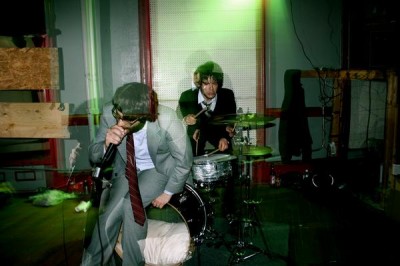 Puttin’ on the Ritz open their 2008 covers album Bangin’ into the Future with this Leonard Bernstein-Stephen Sondheim gem. The “Outsider Jazz Duo” becomes a quintet for irreverent covers of “Earth Angel,” “The Rainbow Connection,” and nine more. For “Gee, Officer Krupke” a trumpet bloops and blaps along amidst all the anti-authoritarian shouting. Gee, Officer Krupke….krup you! END_OF_DOCUMENT_TOKEN_TO_BE_REPLACED