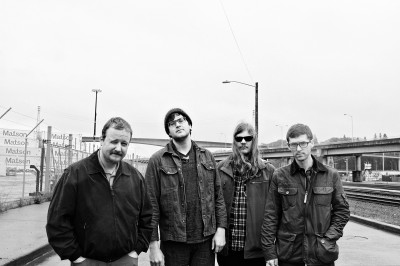 Recently, Detroit band Promartyr paid tribute to their fellow citymen and garage punk legends The Stooges as part of the AV Club series. This was possibly due to Iggy’s 67th(!) birthday falling around the same date, but more likely as a mark of respect for the recently departed Scott “Rock Action” Asheton.

The Michigan four-piece power through “Down on the Street,” an aggressive highlight from Fun House. Frontman Joe Casey initially appears quite juxtaposed to the band as he nonchalantly, hand in pocket, makes his way through each verse, but he becomes monstrously alive for each increasingly antagonistic chorus, leading to a blistering, feedback-heavy finale.
END_OF_DOCUMENT_TOKEN_TO_BE_REPLACED