Remember when MTV used to play videos? Probably not. Music videos have moved to the realm of the internet, with most playing on YouTube just as videos used to play on MTV. Very few groups, however, have taken advantage of the interactive qualities of online video. A couple notable cutting edge videos were MGMT’s video for “Electric Feel,” which allowed for 625 to the 229th power user generated versions of the video, and the Arcade Fire’s HTML5 epic “We Used to Wait,” which pulled images from users’ hometowns to supplement the video. London duo Paper Crows released their cover of Smashing Pumpkins‘ “Disarm” in January, and now they’ve included it in an interactive video that continues to push the genre. END_OF_DOCUMENT_TOKEN_TO_BE_REPLACED 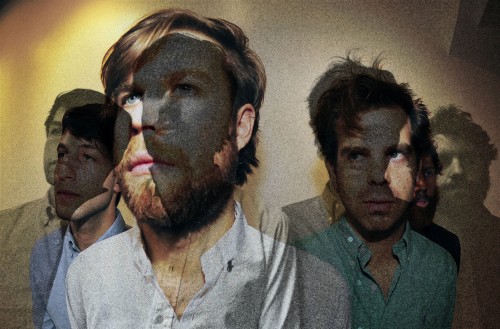 • Toronto quartet the Darcys recorded a full-album cover of Steely Dan’s Aja, which they’ll release later this month. For now, they released their version of “Josie,” trading in the original’s reggae-funk for an echoing, ambient-folk vibe. We can’t wait to hear the rest.
MP3: The Darcys – Josie (Steely Dan cover) END_OF_DOCUMENT_TOKEN_TO_BE_REPLACED