But given the track record Bond theme songs have had, the appeal makes sense. James Bond songs might even have a higher batting average than James Bond movies (and certainly higher than James Bond actors). And there’s a prevailing sense artists are chosen for abilities beyond just star-power, despite plenty of counterexamples over the years. Some of the most iconic songs were sung by singers who rarely topped the charts elsewhere – three by Shirley Bassey alone – whereas attempts to grab zeitgiesty performers have flopped. END_OF_DOCUMENT_TOKEN_TO_BE_REPLACED 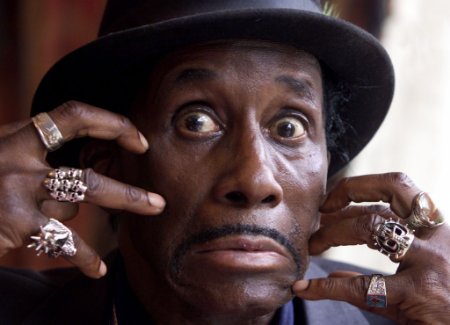 In 1956, Jalacy Hawkins entered the studio, planning to record a blues ballad he had been performing live with some success. Producer Arnold Maxon had other ideas, and to fulfill them, he brought plenty of alcohol and food and alcohol (not to mention alcohol) into the studio. Hours later, Hawkins staggered up to the microphone and unleashed one of the rawest, bloodiest, most gut-churning vocal performances ever delivered, one that he couldn’t even remember giving the following day. The ballad-turned-reverse-exorcism was banned in radio stations nationwide (they claimed the blast of demented gibberish at the end simulated cannibalism), and the song never charted. Didn’t matter. Jalacy Hawkins would forever after be Screamin’ Jay Hawkins, and “I Put a Spell On You” would be his raucous calling card. END_OF_DOCUMENT_TOKEN_TO_BE_REPLACED