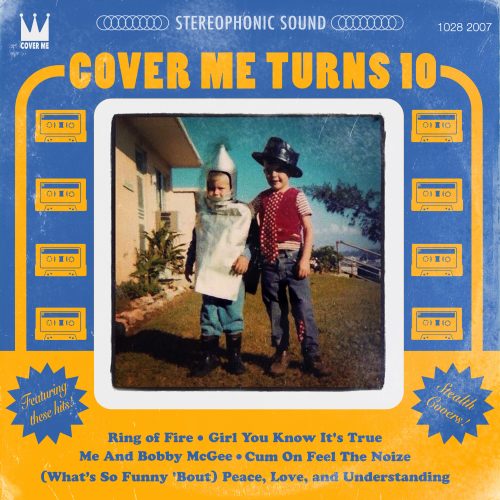 In 2008, Melissa Rich Mulcahy died, leaving behind two-year-old twin girls and her husband Mark. That would be Mark Mulcahy, leader of the ’80s college radio favorites Miracle Legion and Polaris (Adventures of Pete & Pete – ’nuff said) and a solo artist who was suddenly not just a widower, but one who was unable to record or tour because he needed to be there for the kids. What he didn’t know was that plans had been set in motion to put together a tribute album whose proceeds would assist him in his hour of need – plans which evolved into what Big Takeover called “a sort of indie-rock equivalent to the final scene of It’s a Wonderful Life.”
END_OF_DOCUMENT_TOKEN_TO_BE_REPLACED 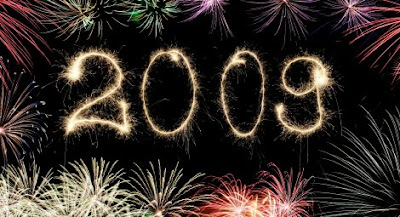 2009 will disappear into the ether in a few hours, but before it does there’s time for one last retrospective to do: The Top Covers of 2009. The Artists-to-Cover this year seemed to be Lady Gaga and Michael Jackson, though somewhat surprisingly no particularly definitive tribute to the latter has surfaced.

Speaking of tributes, anything off of our Best Cover Albums list was excluded for consideration here (you can still download those songs here though). Without further ado, let the list begin!

25. Imogen Heap – Thriller (Michael Jackson)
Any cover of this song loses something without the Vincent Price voice-over. Imogen Heap may not be the Godfather of Horror, but she’s just quirky enough to pull it off. [Buy]

24. Jason Bajada – You Are a Runner and I Am My Father’s Son (Wolf Parade)
There’s nothing harder to pull off than an acoustic-guitar and voice cover. Anyone can try – just strum the chords – but few stand out from the pack of YouTube wannabes. Bajada is one. [Buy]

23. Thom Yorke – All for the Best (Miracle Legion)
How a semi-obscure songwriter got so many A-listers for his tribute album (Yorke, Michael Stipe, Frank Black) is a bit of a mystery, but the “Idioteque”-esq blips Yorke warbles over somehow makes perfect sense. [Buy]

22. Atlas Sound – Walk a Thin Line (Fleetwood Mac)
Deerhunter’s Bradford Cox’s other band put up this tempered falsetto cover on his blog with little fanfare earlier this year. As with most things he gets his hands on, it exploded. [Buy]

20. The Dead Weather – You Just Can’t Win (Them)
This list easily could have been the twenty-five best Jack White covers of the year. On the b-side to the “Treat Me Like Your Mother” single (vinyl only, naturally), White hollers like an in-the-gutter bluesman which the band emits musical sludge around him. [Buy]

19. Ben Lee – Kids (MGMT)
To anyone who thinks this song is all synth-hook, this plucked acoustic take should change your mind. [Buy]

18. Matt the Electrician – Faithfully (Journey)
The triumphal horns bring the bombast early on, before ceding the stage to a singer-songwriter and his ukulele. [Buy]

17. Joensuu 1685 – I’m On Fire (Bruce Springsteen)
Bruce Springsteen covered Suicide in 2005 and this one sounds like Suicide fighting back. The feedback frenzy of an opening lasts almost three minutes until the singing begins. And this is the short version! [Buy]

16. Anya Marina – Whatever You Like (T.I.)
I despise this song with a passion, so it’s ironic that not one but two brilliant covers were some of my most-played (the other being by Joan As Police Woman). The lyrics are as profound as ever. Shorty, you the hottest. Love the way you drop it. Brain so good, could have sworn you went to college. [Buy]

15. Eels – Girl from the North Country (Bob Dylan)
Eels’ E recorded this vulnerable piano cover for MySpace Transmissions, the sound of a man unable to mask his pain. [Buy]

14. Feist and Ben Gibbard – Train Song (Vashti Bunyan)
Indie-tastic charity comp Dark Was the Night had more new covers than many tribute albums, but was excluded for consideration from our list ‘cause it had just as many originals. However, the harmony on this semi-obscure song form 1966 cannot be ignored. [Buy]

13. John Frusciante – Song to the Siren (Tim Buckley)
Frusciante recently quit the Chili Peppers. If that enables him to make more experimental psychedelic covers like this one, thank goodness. He should have brought Flea with him. [Buy]

11. Town Bike – Radio Nowhere (Bruce Springsteen)
Bruce Springsteen closed his four-hour appearance on Elvis Costello’s Spectacle with a mashup of this and “Radio Radio.” Slamming it into “Do You Remember Rock ‘n’ Roll Radio” works too. [Buy]

10. Ben’s Brother – Poker Face (Lady Gaga)
Everyone from Weezer to Daughtry covered “Poker Face” this year, its catchy hook a natural for ironic sing-alongs. The indie-acoustic covers seemed to work best and “beta male” Jamie Hartman sings it so enthusiastically you almost don’t hear the tongue in cheek. [Buy]

9. Chromeo – I Can’t Tell You Why (The Eagles)
Electro-funk duo Chromeo seems an unlikely duo to cover the Eagles. Their effects-laden delivery beats the odds though, taking the 1979 single straight into the twenty-first century. [Buy]

7. My Gold Mask – Bette Davis Eyes (Jackie DeShannon/Kim Carnes)
My Gold Mask sent this one our way a couple months ago, which just goes to show you artists out there, submissions are never ignored. [Buy]

6. The Pluto Tapes – Wolf Like Me (TV on the Radio)
Just when you thought you were sick of this song, this slow-burn cover strips away the effects to bring the submerged tune to the fore. [Buy]

5. The BPA ft. Iggy Pop – He’s Frank (Slight Return) (The Monochrome Set)
Fatboy Slim (Norman Cook to his mom) created the Brighten Port Authority apparently solely to produce some killer club-funk tracks with his favorite vocalists. Iggy Pop, who these days seems to have made a career out of guest appearances, sneers his way through this unearthed gem. Biggest shock of all: he managed to keep his shirt on during live performances! [Buy]

4. The Gaslight Anthem – I Do Not Hook Up (Kelly Clarkson)
The Gaslight Anthem tend to cover Bruce Springsteen, The Band, and Johnny Cash. Did the heart-on-sleeve rock revivals finally succumb to the temptation of the ironic pop cover? Not a chance. Against all odds Brian Fallon gives a Kelly Clarkson song the emotional heft of “The River.” [Buy]

3. Elizabeth and the Catapult – Everybody Knows (Leonard Cohen)
A song so good we did a whole interview about it. [Buy]

2. Shilpa Ray & Her Happy Hookers – I Only Have Eyes For You (The Flamingos)
Nick Cave recently called this his new favorite band, which is all the recommendation one needs. Their garage-punk racket turns this innocent love song into the best stalker rocker since “Every Breath You Take.” [Buy]

1. Kings of Convenience – It’s My Party (Leslie Gore)
Pure beauty straight out of Norway, complete with a faux-trumpet solo. Nothing more to say. [Buy]