Our official list of the Best Cover Songs of 2017 comes next week. But first, we’re continuing the tradition we started last year by rounding up some of the songs it most killed us to cut in a grab-bag post. No ranking, no writing, just a bunch of knockout covers. END_OF_DOCUMENT_TOKEN_TO_BE_REPLACED 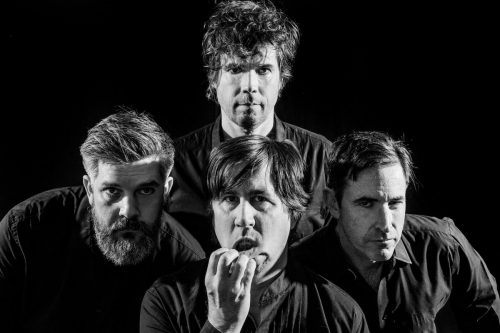 Growing up as a teen goth (though he knew the genre as “death rock”), Darnielle’s favorite band was the Sisters of Mercy. “My girlfriend and I loved the fact that everyone else was making albums and touring, but in the beginning, the Sisters of Mercy only made 12-inch EPs that were fucking unbelievable,” he told Noisey. “We loved the first album [1985’s First and Last and Always], I saw them twice on that tour, but it lacked the magic, the total mystery of these 12-inches that had almost no details of any kind, just the names of the musicians and the songs. Each EP felt like something to parse, like a text to say how they’d grown.” END_OF_DOCUMENT_TOKEN_TO_BE_REPLACED