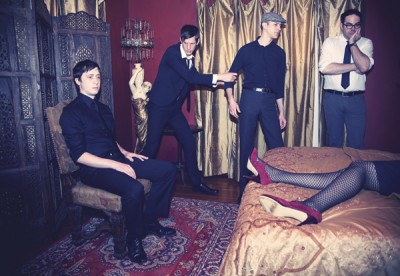 If you live outside of Italy, odds are you’ve never heard of Mina. I hadn’t. The ‘60s-‘70s pop singer boasts quite a bio though. Her voice could hit three octaves. She was banned from Italian broadcasting multiple times due to 1) pregnancy from an affair with a married man 2) shaving off her eyebrows and 3) chain-smoking. She had not one but two killer nicknames: “Queen of Screamers” for her voice and “Tiger of Cremona” for her performance.

One of Mina’s later hits was “Tu Farai.” Here’s her performing it in 1984. Below is Chicago group La Scala performing it in 2010, with My Gold Mask’s Gretta Rochelle on vocals. In 36 years it’s gained a harder rocking edge, but still swings and sways like the original. END_OF_DOCUMENT_TOKEN_TO_BE_REPLACED