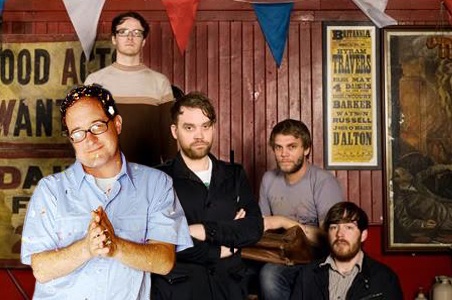 We’ve been anxiously anticipating this one ever since we heard about it a few weeks ago. Scottish sad sacks Frightened Rabbit and Brooklyn-via-Minnesota’s much peppier Craig Finn (of the Hold Steady) come together to duet on Elton John and Kiki Dee’s “Don’t Go Breaking My Heart.” Q premiered the cut this morning and it was worth the wait. Frightened Rabbit singer Scott Hutchison’s thick brogue balances Finn’s Midwest twang so well you forget that this is two dudes.

After hearing this, we think these two should release an all-duets covers album (preferably under the name “Frightened Finn”). They could tackle Tom Petty and Stevie Nix’s “Stop Draggin’ My Heart Around.” Maybe Sonny and Cher’s “I Got You Babe.” What else would would you like to see on this hypothetical tracklist? END_OF_DOCUMENT_TOKEN_TO_BE_REPLACED 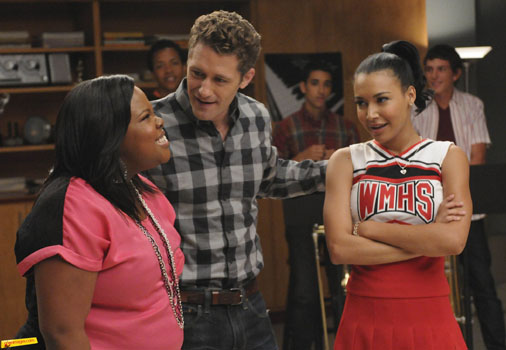 Second, I received some feedback that readers might like me to be a little more critical in these roundups—not to tear the show apart (unless it needs it), but to call out performances that maybe weren’t great and spotlight those that were. I’m going to try that out this week and I’d like to start by retroactively saying that I find Rachel’s character insufferable this season, so when “Grilled Cheesus” delivered her singing an awful Barbra Streisand song from a movie that I’m sure would make me want to claw my eyes out, her case was not helped in the slightest. END_OF_DOCUMENT_TOKEN_TO_BE_REPLACED