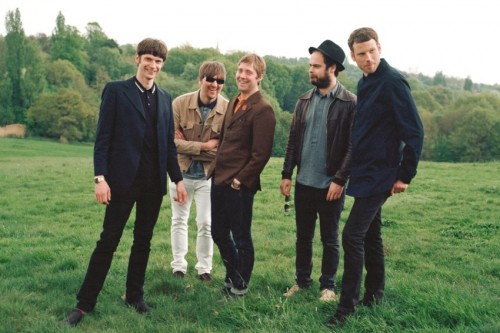 The best feel-good songs can get the job done no matter who performs them. At least that seems to be the case with the infectious party track, “I Gotta Feeling,” one of The Black Eyed Peas’ biggest hits to date. The single spent 14 consecutive weeks at the top of the Billboard Hot 100 chart, snagging the title of 2009’s longest-running number-one single. The UK’s Kaiser Chiefs recently converted the tune to an indie rock song infused with the same intoxicating let’s-go-party energy. END_OF_DOCUMENT_TOKEN_TO_BE_REPLACED 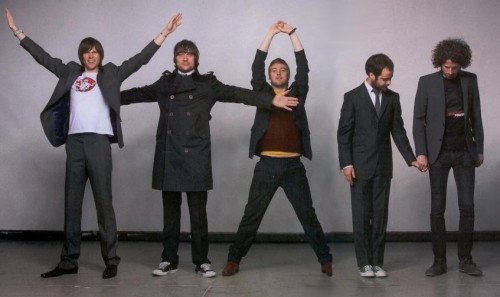 Australian radio station Triple J recently hosted Kaiser Chiefs for a short acoustic set that included a cover of Mark Ronson‘s “Record Collection.” Stopping off during their tour Down Under, the Leeds indie rockers took on the title track of Ronson’s latest album as part of the Like a Version series. Ronson has a long history with the band; the DJ/producer worked with the Kaisers on their 2008 album Off with Their Heads, and drummer Nick Hodgson collaborated with Ronson to write “Record Collection.” END_OF_DOCUMENT_TOKEN_TO_BE_REPLACED