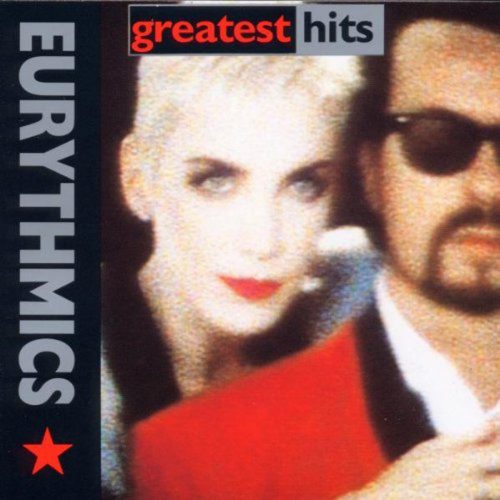 Yes, we are back in Greatest Hits territory again, probably the only way to sufficiently scour out the coverland of this undeniably extremely successful band, largely better known for singles rather than albums. Some may question my choosing to take this challenge, given a prior opinion or two of mine around the fragrant Ms. Lennox. But let me stake my claim: the initial output of Eurythmics sounds just sublime to these ears and was seldom bettered amongst the bevy of synthesizer duos of the day. Sure, ubiquity can conspire against how well critical reception actually was at the time, but, for a while, wow, how ubiquitous were they? With 75 mill records seemingly sold, either you or someone you know must have at least something by them. I know I have.

I remember well my first sight of Eurythmics, on that venerable UK serious rock show, The Old Grey Whistle Test. It aired late at night on a minority channel for nascent music nerds, all pretending to be asleep for their parents downstairs. I was already familiar with the duo of Annie Lennox and Dave Stewart, from their earlier work in The Tourists. And I confess, I was as much taken that Whistle Test concentrated more on the dual facts that they were at Conny Plank’s German studio, the home of Can, and that Blondie sticksman, Clem Burke was thumping their tubs, as well as Can bassist, Holger Czukay, turning up on French horn. But they failed to set the cash tills ringing; a revision and revamp required and delivered, just in time for the peak of MTV, their videos ideal for the format. I was transfixed.

Eurythmics’ first (OK, second really) record was a masterpiece fit for its times, with a slew of singles all gaining attention and acclaim. Over the next (was it only) six years, they took over the charts, with a run of 21 singles, between two and five each year, most going top twenty if not top ten. After quitting at the top of their game, they made a brief return in 1999 and had a further brace of hits. The sound changed radically over those years, from synthesizer duo to stadium rock extravaganzas, but always with the searing knife through butter vocal of Lennox to the fore. Lennox then reverted to her solo career, Stewart to a lot of plans and promises, if little much of real merit to show for it. Bar a solitary appearance at a Beatles tribute show in 2014, that was it, they were done. (OK, seeing as that was a cover……) 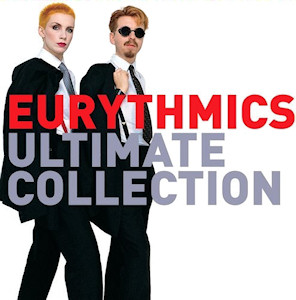 A confession before kick-off: this piece was originally based about Ultimate Collection, the second and slightly larger of Eurythmics’ hit compilations, mainly as I liked so much the two singles that came from Peace, their 1999 reprise. Frustratingly, I had to ditch that idea, due to the shortage of cover versions. Which isn’t saying this set was necessarily easy. But it was a shame, there being more than a couple of covers I liked, songs that had been hits for the band, but had inexplicably failed the cut for that first collection. So, having done the work, may I sneak in an odd bonus track?

So, let’s see who was listening to Eurythmics…
END_OF_DOCUMENT_TOKEN_TO_BE_REPLACED