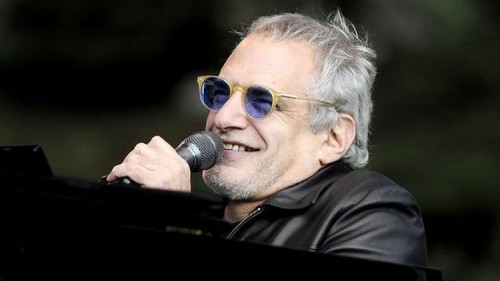 So said the 1965 South Brunswick High School yearbook (straight outta Monmouth Junction, NJ) about Donald Fagen. Over half a century later, it’s remarkable to see how much they got right. As half of Steely Dan, Fagen’s nonconformist ways were so counter to the culture that he couldn’t help building up a huge following of Others. His cerebral lyrics captured life moments in puzzling but definitive ways, and his jazz leanings put those musings across to the masses. And while his jock leanings and “Guys and Dolls” fandom may have taken a backseat, he’ll be quoted long after he’s gone, both by fans who don’t play music and fans who do.
END_OF_DOCUMENT_TOKEN_TO_BE_REPLACED