November 22, 1963 is a date that resonates with people the world over – not least because it’s the day that both Aldous Huxley and C.S. Lewis passed away – but it’s an important date in the music world too. It was on this day, fifty years ago, that the Beatles released their second album, With the Beatles. Certainly that date resonated with the Beatles – they released the White Album five years later to the day, and that was no coincidence – and the music they released on that fateful day had proven to resonate just as long.
END_OF_DOCUMENT_TOKEN_TO_BE_REPLACED 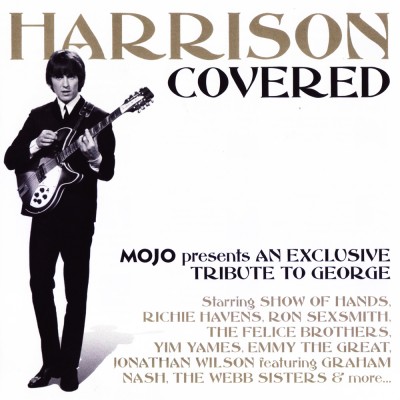 We’ve been hearing a lot about Q magazine’s upcoming U2 tribute these past few days, but a rival British publication has their own tribute album out now. It’s MOJO, which pays tribute to George Harrison, who died 10 years ago next month, on the Harrison Covered album. It includes a few classic covers, but most of the tracks are new, and you can listen to ‘em below. END_OF_DOCUMENT_TOKEN_TO_BE_REPLACED