We already counted down the 50 Best Cover Songs of 2018 but, inevitably, many of our staff’s personal favorites get left off. So, before we begin scouting for what might become the best cover of 2019, we share the best of the rest, an unranked hodgepodge of worthy covers that only just missed our year-end countdown. END_OF_DOCUMENT_TOKEN_TO_BE_REPLACED

The Strokes’ Is This It songs have been covered to death, so musicians are digging deeper. We heard a killer Angles cover in April from Billie Eilish (more on her in a minute), and now singer-songwriter Andrew Combs takes on this Room on Fire track. His own music leans Nashville Americana, but from the crazy horns here, sounds like he’s been spending time in New Orleans. END_OF_DOCUMENT_TOKEN_TO_BE_REPLACED 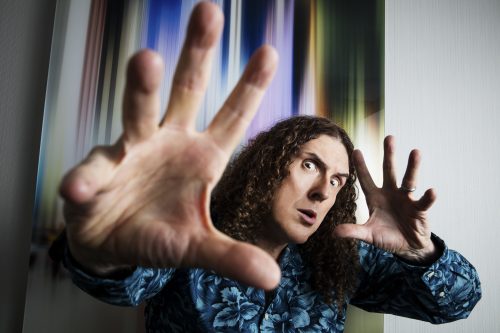 “As much as I like going with the tried-and-true, after a while you want to see if something else is going to work,” he said in my book. “Both those polkas were sort of experiments. And both worked okay. But in general, I found that people tended to like the full-on random medleys better. Like the Stones thing was a nice tribute, but there wasn’t as much of a surprise going from song to song. It was like ‘Oh, and here’s another Stones song.’ And I think a big part of the humor in the medleys is the random, jarring juxtaposition of one song to the next, done polka-style. I thought ‘Well, I tried that, now let’s go back to what works.’” END_OF_DOCUMENT_TOKEN_TO_BE_REPLACED