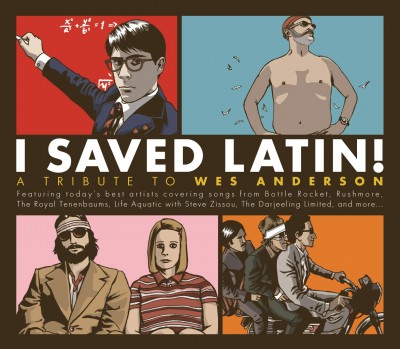 With the possible exception of Martin Scorsese, no movie director has been more closely identified with his soundtracks than Wes Anderson. He has consistently selected songs by well-known artists that, through no fault of their own, have become three-quarters forgotten over the years, and reintroduced them to the world as the classics they had always been. If someone calls a song a prime candidate for the next Wes Anderson soundtrack (Guilty!), an instant and accurate picture is created. The soundtracks show a cohesion that’s rare in these days of we-want-a-hit soundtracks, where the earmarked smash doesn’t play until the final credits have started rolling, and they have become high points in the experience of watching Anderson’s movies. Now the American Laundromat Records label has collected covers of some of those high points on I Saved Latin! A Tribute to Wes Anderson, resulting in the best tribute album of the year.
END_OF_DOCUMENT_TOKEN_TO_BE_REPLACED

When presented with a series of cover albums called Guilt by Association, one might imagine them to be filled with ironic takes on cheesy pop songs; that threat’s only increased by a volume that promises to present only songs that fall under the classification of “hair metal,” perhaps the most mocked of all genres. Fortunately, Guilt by Association Vol. 3 betrays no sign of hipster bands mocking songs that some people (this reviewer) legitimately love. Instead, it finds a collection of young, talented acts embracing some admittedly overwrought material from the 1980s and truly making it their own. By any metric, Guilt by Association can be considered a success. END_OF_DOCUMENT_TOKEN_TO_BE_REPLACED 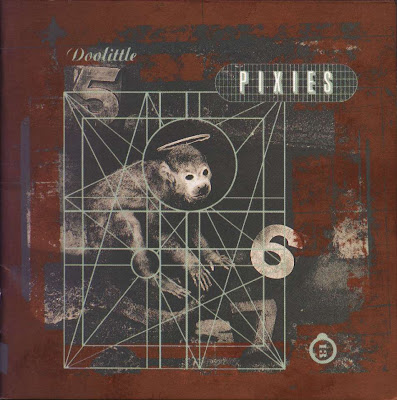 Some Pixies fans will tell you this album invented alternative rock. Others will say it invented indie. Regardless, what remains clear is that Doolittle helped is still revered by musicians today. Every indie band seems to have a Pixies cover up their sleeve, if their original songs don’t already sound like Pixies covers in the first place. From the opening riff of “Debaser” through the loud-soft “Gouge Away,” it’s a classic for anyone who wants to understand the past twenty years of music.

Rogue Wave – Debaser
The guys substitute a riff of their own in the intro and continue reworking things throughout, from the tune to the harmonies. It takes a bit of getting used to if you know the original, but they manage to make it a completely new song valid in its own right. [Buy]

Local H – Tame
Scott Lucas talk-sings over a thumping bass line until the primal freak-out over the chorus, showing these guys to be anything but tame. [Buy]

The Arcade Fire – Wave of Mutilation
A little mini-song here, Win and the gang got a little audience sing-along going on this tune last year. It sounds spontaneous until the instruments quietly come in and you realize the band knows this song backwards and forwards. [Buy]

Lerkruka – Here Comes Your Man
For some reason I think Frank Black would approve of a Swedish-language cover, reasonably close to the original if you ignore the lyrics. [Buy]

Radio Active – Dead
Off of a Japanese tribute to Pixies, the lyrics are in…oh, I guess that’s English. Strong accent, but the roaring guitars come so close to drowning out the lyrics it doesn’t matter. These cries of agony cross continents. [Buy]

Far – Monkey Gone To Heaven
Making the verses sound like radio-transmitted chatter about seems a perfectly nonsensical way to approach this one matter-of-factly talking about “ten million pounds of sludge” and burning the ground. Next to that, the chorus almost makes sense. [Buy]

TV on the Radio – Mr. Grieves
I have yet to discover the story behind this a cappela gem, but thank god for Tunde nd the boys. It’s rich and beautifully world, making me think these guys should have auditioned for Ben Folds recent CD. [Buy]

Venus Imperium – Crackity Jones
With so many bizarre and processed covers, sometimes a simple acoustic take is refreshing. It’s light, bringing out both the lyrics and melody as simply as possible. [Buy]

Weston – La La Love You
“Shake your butt.” “Not too hard.” Has there ever been a better intro to a song ever? Add in some whistling and you’ve got gold. [Buy]

Elk City – No. 13 Baby
The recent Dig For Fire Pixies tribute album is worth a listen or ten, not least for this falsetto-swoon that almost makes it sound like a bluesy Tom Waits cover. [Buy]

Asterid – There Goes My Gun
Frank Black’s website forum facilitate a fan-based tribute album that the band’s manager said had as good covers as he’d ever heard. The toy piano tinkles an intro for a tune that gets louder fast with horns and yells. [Buy]

Bluebottle Kiss – Silver
Quiet brushed drums provide all the rhythm this slow-burn needs to stay focus as it inches forward, molasses-slow but keeping you along for the whole ride. [Buy]

Andrew McCubbin – Gouge Away
Absurd number of covers of this one, but Andrew’s voice does it for me. Organ, bass and guitar is all the backing this singing needs. [Buy]