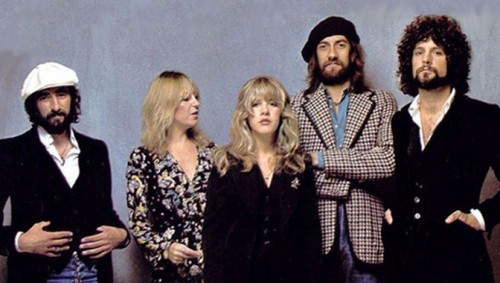 It may be hard to believe, but in Fleetwood Mac’s hugely successful career, they’ve only had one song go all the way to number one on America’s Top 100. That would be “Dreams,” the second single from 1977’s Rumours, and it saw Stevie Nicks running through the gamut of emotions after her breakup with Lindsey Buckingham, a subject she doesn’t even try to disguise. “Who am I to keep you down?” she asks at the start, before reminding him of the consequences of leaving her – he’ll be alone, trapped with his memories of her. But he’ll come through it all in the end, when (not if) the rain washes him clean. The backing is spare, with Mick Fleetwood and John McVie not just providing the rhythm but the musical focus, while Buckingham adds atmosphere with very occasional guitar flourishes. It all makes for beautiful uneasiness, and the song’s success was much deserved.
END_OF_DOCUMENT_TOKEN_TO_BE_REPLACED