Didn’t best of 2008 lists get played out in, oh, 2008? Yes. I even already had a post on the best covers of the year. So what is this? Well, I get a kick out of year-end lists, so I really enjoyed seeing the Hype Machine compile hundreds of them into one master list of the fifty most highly-rated albums on the blogosphere. You can read it most easily here, though there aren’t too many surprises. Regardless, I though I’d throw up all the covers I had of songs from these albums. In true year-end list fashion, they’re in descending order.

Laura Barrett – Gamma Ray (Beck, Modern Guilt)
I’ll be honest: I like Beck, loathed this album. I only even made it throw once, it just seemed like experimental mush that took me nowhere. Luckily, Barrett heard something I didn’t, as her twee karimba (wikipedia it) cover gives it a fuzzy cuteness that the grunge-synth of the original obliterated. [Buy]

Friendly Fires – I’m Good I’m Gone (Lykke Li, Youth Novels)
Count me out of the Lykke Li obsession too. From the first time I saw her spastically gyrating on Conan, I knew this strange Swede was not for me. Friendly Fires strips away the irritating production enough to make it more tolerable, though it sneaks in towards the end. [Buy]

Mason Proper – Get Innocuous/Love Lockdown (LCD Soundsystem/Kanye West, 808s and Heartbreak)
Brilliant. Mason Proper takes the bass line and lyrics from the Kanye hit and throws in some LCD production for a take that may just eclipse the slow-burn original. A point in Proper’s favor: no AutoTune. [Buy]

Ola Podrida – Calling and Not Calling My Ex (Okkervil River, The Stand Ins)
Having a go at another album that passed me by, Podrida brings out a sweet indie melody that stands on its own so well I’m having trouble imagining the original. [Buy]

Noah23 – Canadian Dollars (A Milli) (Lil’ Wayne, Tha Carter III)
Though not as blog-worthy as when ?uestlove held down the a milli’s with Jimmy-Fallon-houseband The Roots (video), Noah23 challenges Weezy by throwing down his own verses instead of Wayne’s. It’s a hip-hop cover of a hip-hop song, but one completely different. [Buy]

The Kooks – Violet Hill (Coldplay, Viva La Vida or Death and All His Friends)
A live acoustic take for the BBC, this cover-loving indie group strips back the Brian Eno production to focus on the herky-jerky melody and falsetto-swoon chorus. A song everyone got sick of long ago gets some welcome new life. [Buy]

Roommate – Lights Out (Santogold, Santogold)
The slow pulse oozes sex on this come-on cover that makes you want to be more than just Roommates. [Buy]

Radiohead – The Rip (Portishead, Third)
Frankly, I didn’t see the hype about this album, but Thom Yorke’s plucking makes this one sound like an acoustic In Rainbows outtake. The original ‘Head gets good…head…from another ‘Head. Now if only Motörhead gets on board, the trinity will be complete. [Buy]

Hot Chip and Peter Gabriel – Cape Cod Kwassa Kwassa (Vampire Weekend, Vampire Weekend)
It’s clear Gabriel hasn’t lost his sense of humor, choosing to be involved in this cover presumably for the sole reason that it name checks him. A lot. Sure, it’s an excellent cover in its own right, but nothing can top the moment where he sings, “And it feels so unnatural to sing your own name.” Tell that to Lil’ Wayne. [Buy]

First Aid Kit – Tiger Mountain Peasant Song (Fleet Foxes, Fleet Foxes)
The Kit accomplishes the shocking feat of stripping a Fleet Foxes song back even more than the original, leaving little more that a delicately strummed guitar to contend with the female duet that adds a vocal oomph to the proceedings. [Buy] 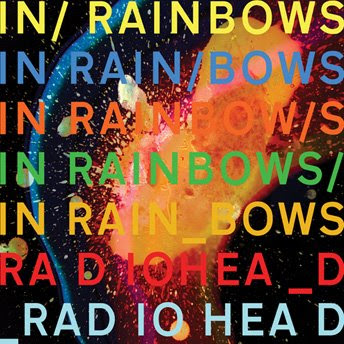