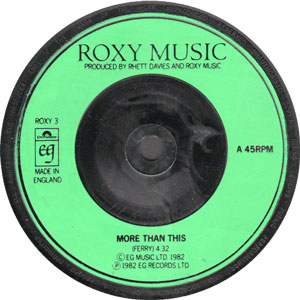 I was a big fan of Roxy Music, in both their spiky earlier incarnation and their smoother second phase, then lost a little faith as Bryan Ferry seemed to endlessly noodle around and around the same somewhat bland and anodyne motifs, solo recordings palling – apart from, I have to say, and appropriately on this site, his all-Bob cover album Dylanesque, which carried a bit more verve and spark than his own stuff. However, back and currently on the road, Ferry seems to have hit upon a bit of a stride – largely, in truth, by an extensive revisiting of his Roxy catalog, rarely playing material from this century. Be that as it may, “More Than This,” from 1982’s Avalon, and actually their last UK top ten hit (it barely bothered the US charts, peaking at 102), has always struck me as a bit of a throwaway, with the by-then Ferry formula padded out in what was becoming a somewhat repetitive set of chord progressions, later repeated ad nauseum in his subsequent solo career. Don’t get me wrong, it’s not that it’s bad, it’s just a bit meh. But, inexplicably, it has become a bit of a standard for covering, perhaps on account of one of the versions commented upon below.
END_OF_DOCUMENT_TOKEN_TO_BE_REPLACED 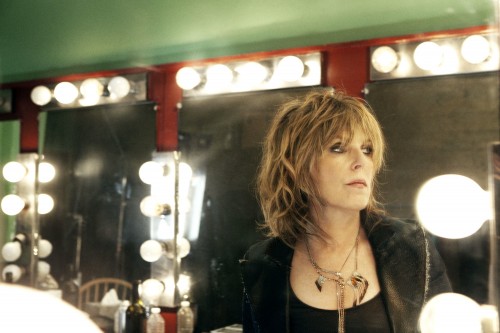 The one and only Lucinda Williams turns sixty years old today. She brought together so many threads of the nation’s musical quilt, added one of the great voices, both as a singer and as a songwriter, and ended up becoming queen of Americana. No other country in the world could produce any Lucindas; the U.S. was lucky to produce just one. (It’s next to impossible to just call her Williams; she’s ineffably, invulnerably Lucinda.)
END_OF_DOCUMENT_TOKEN_TO_BE_REPLACED 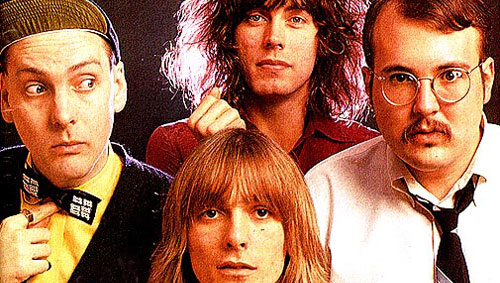 When Cheap Trick were getting ready to record In Color, their second album, they had a backlog of great material to choose from. One song had just missed the cut on their first album (which was a shame, as it blistered), and now they were ready to bring it to the world. But producer Tom Werman wanted to emphasize Cheap Trick’s melodicism, and while In Color won a lot of well-deserved plaudits, their rerecording of that great gem twinkled more than it stomped, and it lost all its muscle in the process. Then they traveled halfway around the world to an arena in downtown Tokyo, where Robin Zander pointed at thousands of screaming Japanese girls and informed them, “I want… YOU… to want… ME.” The song blasted back across the ocean and into Billboard‘s top ten, and ever since then “I Want You To Want Me” has been a part of the world’s immortal soundtrack, a song that you’ve somehow always known. END_OF_DOCUMENT_TOKEN_TO_BE_REPLACED