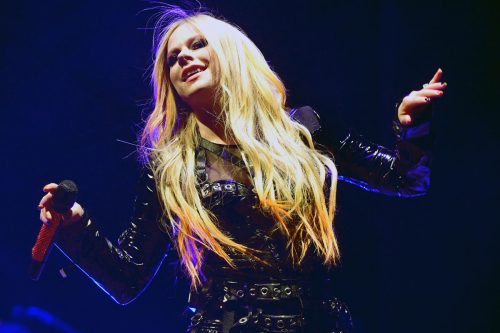 One way you can tell millennials are getting old: There are now nostalgia-bait festivals catering to the music of their (our) youth. Such was the case with When We Were Young, the emo and pop-punk fest in Vegas a couple weeks ago with Paramore, My Chemical Romance, Bright Eyes, and dozens more. A video high point is this extremely fun and infectious cover of “All the Small Things” by All Time Low and Avril Lavigne, performed right after Blink 182 announced they were getting back together. Best part: When the entire crowd hollers alone to “Work sucks / I know”! END_OF_DOCUMENT_TOKEN_TO_BE_REPLACED

Against all odds for a rocker of his generation, Elton John had a genuine hit with a single he released just last year, at age 74: “Cold Heart.” It topped the chart in the UK – his first song to do so in 16 years. It did nearly as well in the States, reaching number 7 and topping a number of secondary charts. Having current pop hitmaker Dua Lipa on board no doubt helped, as did releasing it as a remix by Pnau (“Hot Dance/Electronic Songs” was one of those secondary U.S. charts). It also fairly shameless incorporates bits of earlier hit singles “Rocket Man” and “Sacrifice” as well as deeper Elton cuts “Kiss the Bride” and “Where’s the Shoorah?” In country star Brett Eldridge’s live cover, though, it all blends together seamlessly. END_OF_DOCUMENT_TOKEN_TO_BE_REPLACED 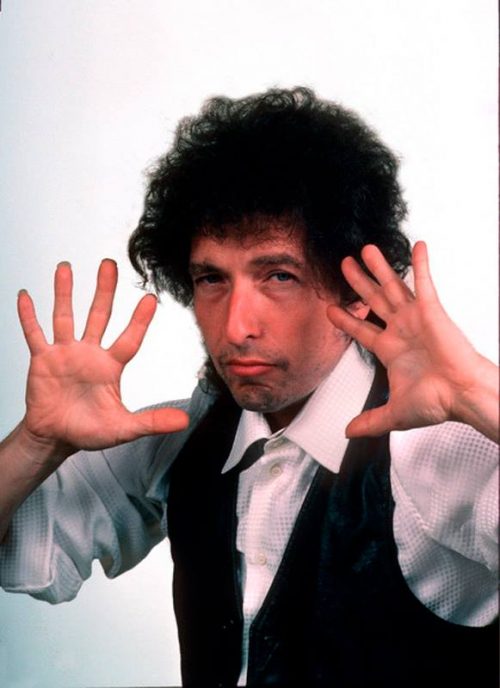 Robbie Fulks knows his rarely-covered Dylan; a few years ago he covered every song on Bob’s 1978 album Street Legal. Other than maybe “Señor,” no one covers those tunes! In 2016, he did an entire concert of Christian Dylan songs at iconic Chicago venue The Hideout. He dug deeper than just the Saved or Shot of Love tracks (or Slow Train Coming, which I covered in the ’70s post). That includes Bob’s hidden fire-and-brimstone gem “Ain’t Gonna Go to Hell for Anybody.” END_OF_DOCUMENT_TOKEN_TO_BE_REPLACED

One of the biggest one-hit wonders of the last few years, pop singer Tones and I’s “Dance Monkey” emerged out of seeming nowhere to top charts across the world last year. In her home country of Australia, it is the longest chart-topper ever, breaking a record held by Bing Crosby’s “White Christmas”! Despite its ubiquity, however, major covers have been sparse (perhaps because many people find the song, you know, annoying). Never one to shy away from putting off his audience, though, MGMT frontman Andrew VanWyngarden gave it a trippy psychedelic-folk cover as part of a radio station fundraising challenge. END_OF_DOCUMENT_TOKEN_TO_BE_REPLACED 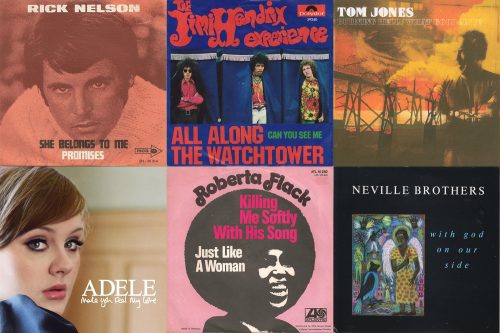 Bob Dylan has never exactly been a loquacious interviewee. From the ’60s, when he would spend interviews mocking the press, to the ’10s, where he rarely bothers giving interviews at all, comments from Bob on any given subject are usually relatively few and far between. But I was curious, as we prepare to launch our 100 Best Bob Dylan Covers Ever list on Monday, what Dylan covers has the man himself remarked upon? END_OF_DOCUMENT_TOKEN_TO_BE_REPLACED

Over our time tracking cover songs (13 years this month!), we’ve written about hundreds of new tribute albums, across reviews, news stories, and, when they’re good enough, our best-of-the-year lists. We also have looked back on plenty of great tribute albums from the past in our Cover Classics series. But we’ve never pulled it all together – until now. END_OF_DOCUMENT_TOKEN_TO_BE_REPLACED