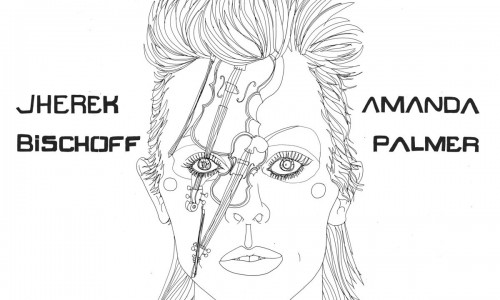 It may be controversial, to the point of being nearly heretical, to compare anyone to David Bowie. In the weeks since Bowie’s passing, there has been a near-universal outpouring of emotion – not only of grief, but of inspiration and joy and freedom that Bowie brought to people’s lives. And, despite certainly being a very different artist, Amanda Palmer has roused very similar feelings in her fans ever since debuting as one half of the Dresden Dolls in 2000 and exploding into the spotlight with her massively successful Theatre is Evil Kickstarter. To her fans, Palmer has been a beacon of originality, artistic freedom, and rebellion for over fifteen years, and now she’s joined with Grand Theft Orchestra bandmate Jherek Bischoff (along with an incredible string quartet and additional vocals from Anna Calvi, John Cameron Mitchell, and Palmer’s husband Neil Gaiman) to record a benefit tribute to Bowie himself. END_OF_DOCUMENT_TOKEN_TO_BE_REPLACED