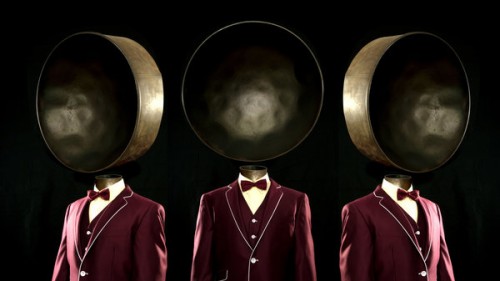 The band is Bacao Rhythm & Steel Band, an offshoot of the Hamburg instrumentalist collective the Mighty Mocambos. Lead by guitarist Björn Wanger, the group, which specializes in several styles of funk, uses steel drums to reinterpret a wide range of songs, from 50 Cent’s “P.I.M.P.” to Dennis Coffey’s “Scorpio” (their debut LP, 55, which includes several steel drum covers, is out now on Big Crown). Rather than cheesing up the place, the band is tasteful with its steel drums and adds elements of dub and jazz for a more compelling listen. END_OF_DOCUMENT_TOKEN_TO_BE_REPLACED