4 Non Blondes were fine with not fitting in. They even named their group after a pointed run in with a blonde family in San Francisco that made that fact very clear. Although they only made one album and disbanded after five years, the group made a splash while they were together. They were particularly influential in the LGBTQ+ community, getting their start in various bars throughout San Francisco. Since the breakup, lead singer Linda Perry and guitarist Shaunna Hall have written and produced with other artists, and drummer Wanda Day continued to drum in other bands until an accident made it too difficult to continue playing.

Their second single, “What’s Up?” was a success all over the world, reaching higher spots on the charts outside of the US than even inside. And although it may be considered a one-hit wonder, the song is one that remains relevant when you are just feeling a bit run down. Some may call it a pre-chorus, I just call it my daily routine.

Here we have five covers of “What’s Up?” trying all the time to live up to the original. All of the covers begin with a different instrument leading the way. I dare you not to sing along.

END_OF_DOCUMENT_TOKEN_TO_BE_REPLACED 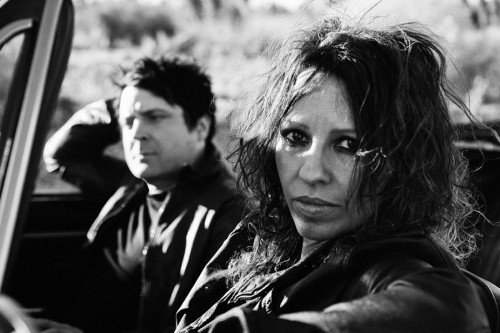 “Deep Dark Robot is an artificial agent trying to be human and, at the end of the day, we’re all just trying to be human,” says Linda Perry of her new band. Joining forces with Tony Tornay, one of the founding members of American desert rock band Fatso Jetson, Perry returns to being in a band 15 years after the break up of 4 Non Blondes. Perry has stayed active in the music scene writing and producing hit songs for Christina Aguilera, Pink, Gwen Stefani, and more, but now she is back where it all started in front of the mic. END_OF_DOCUMENT_TOKEN_TO_BE_REPLACED

Featured on soundtracks like Life as a House and Wedding Crashers, their songs can pull at the heartstrings as you croon along with them. On the other hand, they are better known for their laid-back, wisecracking personalities that beam from the stage and infect their fans. During their years of touring, they have taken on many cover songs with both their sensitive and playful dispositions (but mostly the latter). Typically at the end of a show, Guster will rile up the crowd with a number from Madonna, Talking Heads, or whoever sings the “Cheers” theme song (Portnoy) and get everyone involved.  Most of the time, it’s just an excuse to get drummer Brian Rosenworcel out in front showing off his questionable vocals, calling in the crowd for backup.  It’s just like being at a karaoke bar. END_OF_DOCUMENT_TOKEN_TO_BE_REPLACED