Seuras Og is an old enough to know better family Dr in Birmingham, UK, having taken the easy option of medicine upon failure to get work in a record store. By now drowning in recorded music, he has thought it about time to waste the time of others in his passion here, as well as a few other places dotted about the web. 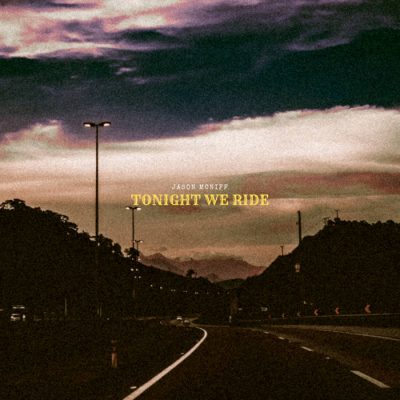 Like many current releases, COVID and lockdown birthed Tonight We Ride. McNiff spent his enforced vacation hunkering down with weekly on-line gigs: the “Sundowner” sessions. Exhausting both his own repertoire of songs and those he already loved by others, he had to learn a whole new catalog of material. Tonight We Ride was the logical conclusion: eleven songs encompassing artists McNiff holds the most in reverence, with a couple of his own for good measure. Unsurprisingly, this encompasses both the accepted great and good–in this case, Dylan, Townes, and the Beatles–as well as a couple from the next generation down. And, of course, a couple from Jansch, his idol, and whose percussive picking style permeates this album.
END_OF_DOCUMENT_TOKEN_TO_BE_REPLACED 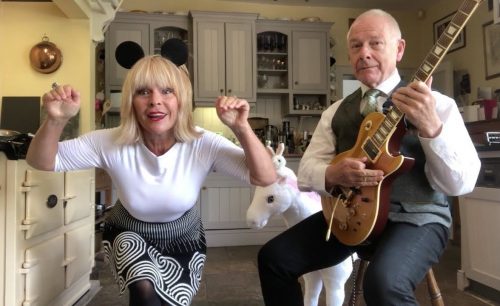 Hmmm–“In the Spotlight” could well be the giveaway, being exactly where at least half of this odd couple seems, more than anything else, to want to be. Odd couple? Well, back in the day, I daresay that the idea of Robert Fripp, the complex guitar wrangler of King Crimson fame, besuited and besitted always, having a lengthy and lasting marriage with Toyah Willcox, the punk-pop princess of Birmingham with the look-at-me dramatics, was not one of life’s great certainties.

I confess to being quite delighted by the couple’s first forays into Sunday Lunchtime COVID-19 entertainment, as much for the bizarre hoops Mrs. Fripp could put her permanently-bemused husband through, in the sake of raising the spirits of those who stumbled onto these little vignettes of, apparently, their life.

According to Willcox, the purpose of these weekly vids was primarily to lift Fripp out of the black dog that permeated him as lockdown locked down, depriving him of both an outlet for and an income for his art. So, on 5th April 2020, those idly browsing the net became party to the extraordinary image of the couple, dressed to the nines, having a bop to Bill Haley’s vintage hit, “Rock Around the Clock.” And looking to be having a whale of a time.
END_OF_DOCUMENT_TOKEN_TO_BE_REPLACED 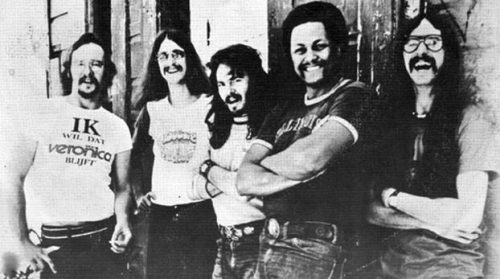 Tom Johnston should be revered for this song, rather than just being the bloke in the Doobies before Michael McDonald. Or, for that matter, the bloke in the Doobies after Michael McDonald. Or, indeed, with Michael McDonald, such has the revolving door of band membership been. But, however mighty was the McDonald-helmed version, and before his silver hair and tonsils became their calling card, the band had had a run of singles, all written and sung by Johnston, all instantly recognizable, if likewise all easily confused, being all cut from a similar cloth.
END_OF_DOCUMENT_TOKEN_TO_BE_REPLACED 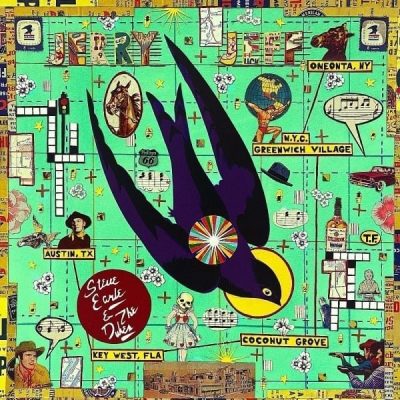 Steve Earle’s getting good at these tributes to friends and mentors. Jerry Jeff is his third, following Townes and Guy. (Yes, of course there has also been J.T., but that paean to his prematurely deceased son was a force of necessity rather than choice, one which we reviewed here.) The latest tribute has more in common with the first two, and is maybe a bit of a surprise, not least as there is no recorded Bluebird Café gig to legitimize the link.

Indeed, those uncertain why Earle might be drawn to the works of Jerry Jeff Walker, seemingly less of a maverick, might need to think again. The outlaw-country icon is way more than just the “Mr. Bojangles” hitmaker, and that song, wonderful as it is, may not be the best marker of his styles, as he gravitated from Greenwich Village folkie to grizzled Austin veteran. (More about that song here.)

Walker, who died back in 2020, did cross paths with Earle a number of times. Once Walker invited him down to play a song for Neil. Not knowing who Neil was, Earle complied, and was delighted to find himself about to play a song for Neil Young. He was then appalled that Walker insisted he play a David Olney song, rather than one of his own. Ouch! But it goes further, Earle telling Vulture that “Mr. Bojangles” had been a (very) early stage favorite of his, it being performed at the specific request of his high school teacher for a school show.

Earle is older and mellower now, and arguably this set of Walker songs suits him a little better than his reputation(s) would predict. Plus, for those champing at the bit for some new Earle compositions, there is a promise that this is his last in his run of tributes. For them, good; for us here at Cover Me, maybe less so.
END_OF_DOCUMENT_TOKEN_TO_BE_REPLACED 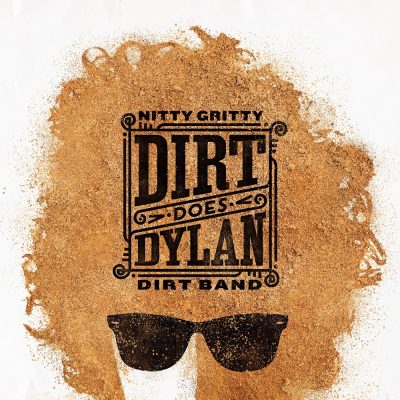 That said, founding member Jeff Hanna claims he first found his muse upon hearing Bob Dylan, then locking himself away in his bedroom, working on the chord structures of “Don’t Think Twice, It’s Alright,” sharing that passion with Jimmie Fadden, who would be his longtime partner in the band they together formed. Fast forward five and a half decades, and Hanna and Fadden are still in the fold, with longtime stalwart Bob Carpenter and three new players, including Hanna’s son, Jaime. And is “Don’t Think Twice” still on the menu? You bet it it is!
END_OF_DOCUMENT_TOKEN_TO_BE_REPLACED 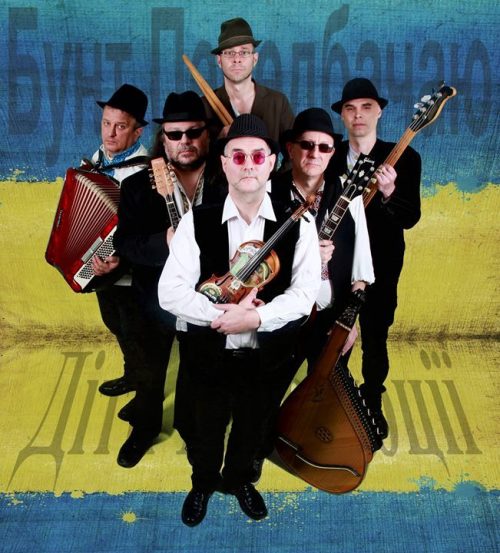 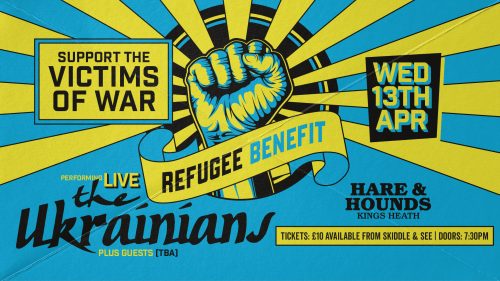 Let’s look at some of their covers….
END_OF_DOCUMENT_TOKEN_TO_BE_REPLACED