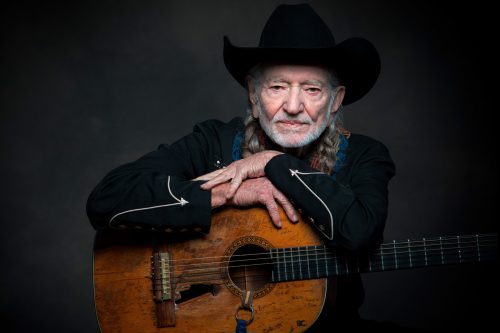 On March 3rd, Willie Nelson will release his first album in a full ten months! Believe it or not, that’s a fairly long gap for him – the album before that came only five months prior. At a quick scan of his insane discography, it looks like there has not been a year without a new Willie Nelson album since 1992 – and that’s the only year he took off since the ’60s.

The latest, his, I’m gonna say, 927th album, is I Don’t Know A Thing About Love, a tribute to late Nashville songwriter Harlan Howard. If Nelson eschews some of Howard’s biggest hits – “Heartaches By The Number,” “I Fall to Pieces” – it’s only because he’s already covered ’em on earlier albums. The first single though, “Busted,” he’s also covered before, 12 years and 200 records ago on Here We Go Again: Celebrating the Genius of Ray Charles, which he recorded with Wynton Marsalis and Norah Jones. Yes, We reviewed it back then. Kelli Conklin wrote:

With his own country and blues twang, the Red Headed Stranger does bring a certain element of crossover flavor, particularly on “Losing Hand” and “Busted.” On both songs, his southern drawl puts dimension into Charles’ lyrics. He doesn’t sing the words as much as speak them, weaving a story of being down and out all thanks to a woman. If there is anyone as believable as Ray Charles singing these two songs, it’s Willie.

The new version is quite different though, ditching the Charles-honoring swing for a slower and more contemplative country ballad. Compare the two below, along with a third version he’s recorded, this one with Ray himself back in 2005: