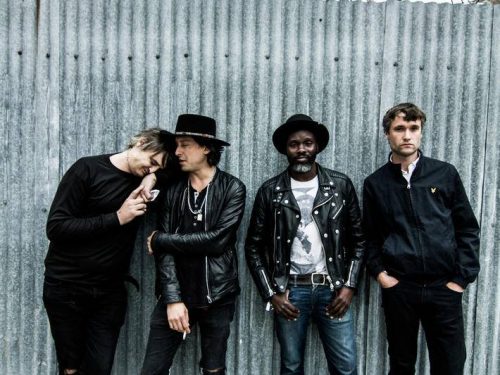 Nostalgia cycles move in uncanny ways. Just when you think your favorite indie rock act might’ve faded into vapors, you can count on them to spin around, twenty years later, with something brilliant. Case in point: writing about a La Blogothèque live cover from The Libertines feels like a byline we could have published in the early ’00s. But like clockwork — or, say, the swivel of a windmill… — good things tend to come around again.

New this month is a satisfying curio from the aforementioned Libertines — a cover of the beautiful aged, eternally weird “The Windmills of Your Mind.” Frontman Pete Doherty ditches his usual sneer for something surprising and understated; seated and focused with eyes closed, he and the band revel in the song’s small turns. The original, performed by Noel Harrison for 1968’s The Thomas Crown Affair, is tightly wound and beautiful — some blend of chanson and Scott Walker schmaltz. The Libertines waltz around in this same dreamy vibe, even as the performance becomes increasingly rocked out, exuding a kind of late-career distinction that, surprisingly, becomes them.

Twenty years in, La Blogothèque seems to have leveled up into something more mature, too. Their flagship series, once upon a time in the early ‘00s, were the Take Away Shows: one-camera guerrilla street performances, featuring the buzziest indie acts. Now, they’ve expanded into something more involved (and newly indoors) called Reprise, featuring a diverse roster of performers playing film soundtrack covers. Cool pivot. Check out more on the Reprise soundtrack cover series here, and watch The Libertines cover of Noel Harrison’s “The Windmills of Your Mind” below.