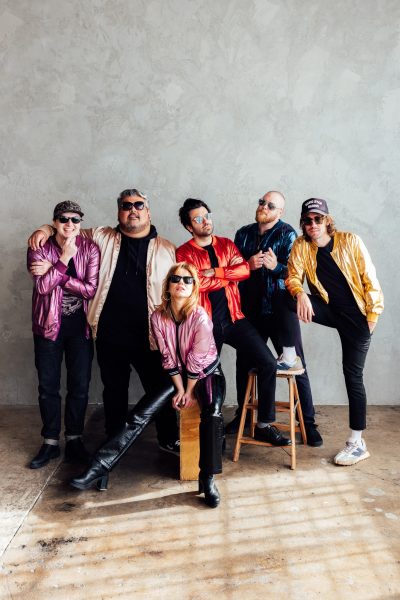 Though “Hey Joe” was his first single, it was “Purple Haze” that really introduced the world to Jimi Hendrix and his revolutionary guitar playing. It’s iconic, but because it’s so iconic, it can be a hard song to reimagine.

Reinterpreting iconic tracks is Scary Pockets‘ thing, of course. The funk band have a long history of reinterpreting famous songs by major artists, fronted by a guest vocalist. So it’s no surprise their take on one of Hendrix’s most famous songs is an interesting one. (It’s fun, too!)

For this one they’re joined by singer Maiya Sykes. Gone is the instantly recognizable proto-metal opening. Instead, we plunge right in with a funky bassline and drums, plus Sykes’ vocal. Sykes plays around with the vocal line, sometimes singing it traditionally, but often taking it far from the original.

As for the guitar – playing a Hendrix song must be intimidating for any guitarist. Okkervil River guitarist Will Graefe, who plays lead on this version, does the right thing and goes into a very different place. He uses an effect that sounds nothing like Hendrix. He only briefly plays homage to the famous riffs and fills in the song. The solos are out there and nothing like the original. Between the funk backing, Sykes’ vocal and Graefe’s guitar playing, it feels like a complete reimagining of the song.