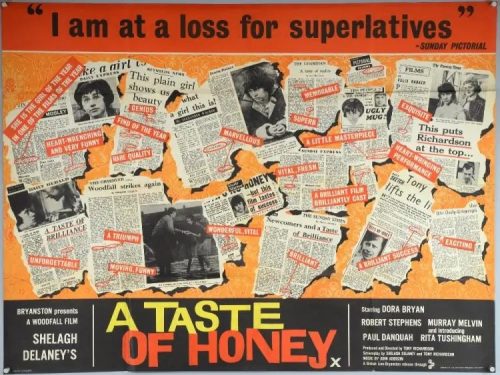 It was Robert William Scott. He wrote the piece initially as an instrumental, a motif for the 1960 Broadway production of A Taste of Honey, the notorious British play. Bobby Scott was known mostly as a pianist, singer, and producer, but he did have another songwriting win with “He Ain’t Heavy, He’s My Brother,” a modest hit for The Hollies in 1969.

Luckily for Bobby Scott, someone had the idea to put words to his tune, so that they could get rising star Tony Bennett to record it. Enter Ric Marlow, a struggling singer/actor/writer/fabric salesman, who turned in a poetic lyric that clicked with the music. With that, a hit was born, though it took the public a few years to realize it.

Nearly every vocalist and crooner in the game recorded the song in its early years. Tom Jones, Barbra Streisand, Peggy Lee, Brenda Lee, Bobby Darin, Andy Williams, Johnny Mathis, Sarah Vaughan, Tony Bennett, a couple hundred more. Not to mention the occasional pop band like The Beatles, who included their version on their first EP and their first LP. None of these interpretations rocketed to the top of anything.

Note that Streisand recorded the song before the Beatles, and before almost anyone else. She was acting in off-off-Broadway shows when A Taste of Honey opened in 1960, so it’s possible that she attended the Broadway play and heard it there.

While singers took to the song, jazz musicians took to the tune itself. Vince Guaraldi, Lionel Hampton, Jimmy McGriff, Victor Feldman, Woody Herman, and Paul “Take Five” Desmond all put out instrumental renditions of “A Taste of Honey” by the mid-’60s. None earned much attention.

Then, in 1965, Herb Alpert’s poppy and up-tempo arrangement for the Tijuana Brass arrived on the scene. At first it didn’t seem like a big deal; in fact, Alpert slapped it on a B-side to “The Third Man Theme.” But in concerts Alpert noticed strong audience responses, and had his label take action: they called radio DJs to flip the single over. Finally “A Taste of Honey” became a hit, a big one, winning the Record of the Year Grammy and other honors. It remains the most well-known redo, whether instrumental or vocal. (Arguably the Beatles cover is just as popular, but that’s only because it is the Beatles, not because their cover is distinctive.)

But let’s come back to the vocalists. We’ve skipped over the question of who recorded the original vocal version. A lot of sources state that it was the American singer Lenny Welch, but this is incorrect. The confusion here may be that the Welch recording was the first one published in the UK, and the one that Paul McCartney heard and adapted. Welch (or someone connected with the project) changed Marlow’s lyric. Those revisions act as a watermark: every subsequent cover reveals whether the artist was covering the Welch/Beatles arrangement or the original.

OK, so what was the actual first recording of the vocal version, the one so many sources neglect to mention? It was the 1961 recording by Billy Dee Williams. Yes, that Billy Dee Williams, the actor in Star Wars and other films. In the Broadway run of A Taste of Honey, Williams played the main character’s love interest; naturally he’d be the first to perform and record the song. Williams claims that the song was written expressly for him, which appears to conflict with the claim that Scott/Marlow wrote it for Tony Bennett, but never mind.

“A Taste of Honey” experienced a sharp drop-off in cover versions by the early ’70s–a cover collapse–and in the ’80s it had no takers at all. More recently, though, the song has shown some vital signs again. We’ll start our run-down of great covers with two of the more recent iterations.

Scandalous but true: almost all vocal versions of the song leave out its tragic last verse. That’s been the case since the days of Billy Dee Williams and Lenny Welch. Lizz Wright defies this convention. With a voice that ranges from the feather-light to the brooding and smoky, Wright explores the full emotional spectrum of the unabridged lyric, from sweet longing to bitter heartache. Not for a second does she overemote, and her musical accompaniment (Bill Frisell on guitar and Jeff Haynes on percussion) is beautifully understated as well.

The Shins have a track record of reviving ’60s pop sounds for a 21st century audience, but they don’t tend to cover songs from the’60s. “A Taste of Honey” is an exception prompted by Bill Burton (aka Danger Mouse), former bandmate of Shins leader James Mercer. Burton produced and curated an 18-song collection called Resistance Radio: The Man In The High Castle Album. The album derives from the Amazon series The Man In The High Castle, which was itself inspired by Philip K. Dick’s 1962 dystopian novel. Burton wanted all 18 songs on the album to be dark, but also needed them to be faithful to the period. He called on Mercer to revamp “A Taste of Honey,” and Mercer responded with something steeped in time and yet of its own time. Presumably to meet Burton’s darkness requirement, the Shins include the song’s despairing last verse. (Or maybe they just liked Lizz Wright’s version and didn’t know any better?)

The Beatles had a trove of great covers, but “A Taste of Honey” wasn’t one of them. (Lennon called it “A Waste of Money.”) So if we’re going with a band from northern England where the song was especially popular, it’s The Hollies who get the nod.

The Hollies had two strong models to go by: the waltz-y, wistful treatment (Beatles-style in other words), or Herb Alpert’s driving 4/4 attack on the other. So they decided to play both arrangements at once, and pretty much pulled it off. This live show captures one of Graham Nash’s last appearances with the band. He was about to leave for sunny California and two cats in the yard. His mind was not in the game, and he misses on the high harmony notes in this performance.

The Hollies were so taken with this song they covered it twice (in ’66 and ’68). Maybe that’s because founders Graham Nash and Allan Clarke were born in Salford, England, where A Taste of Honey takes place, and where it was filmed. (It’s a shame they didn’t record “Dirty Old Town,” another hit song from another play about Salford, but that’s a whole other story.)

In the late ‘50s, Chet Baker’s approach to singing overturned every expectation of how a male jazz vocalist was supposed to sound. You can hear his trademarks in this sparse arrangement of “A Taste of Honey” –the lack of vibrato, the cool remove, the sexual ambiguity.

Recorded in 1964, the track was consigned to a vault until 1999. Any objection to it likely had to do with the accompaniment. Admittedly that piano is strange both stylistically and sonically: it’s de-tuned, brittle, too honky-tonk for the material. But beautiful, as is Baker’s vocal. And in fact it’s Bobby Scott himself on piano.

For some true out-there strangeness, listen to Jimmy McGriff’s cover from the same year. If any recording should have stayed in a vault, it was McGriff’s, not Baker’s.

This being the Tijuana Brass, it’s a bit of a schmaltz-fest, but its feel is irresistible. The players on the session were Wrecking Crew mainstays like Hal Blaine, Carol Kaye, and Leon Russell. (The Tijuana Brass was never an actual band.)

The song appeared on Whipped Cream and Other Delights, which kicked off a run of five #1 albums for Alpert between ’65 and ’68. Not even the Beatles sold so well. Critical acclaim didn’t follow the commercial success: Alpert went in for striptease fare, faux mariachi music, and interstitial music for tv game shows. These were not the most flattering or lofty contexts for his unique sound, especially at a time when jazz as an artform had revolutionary aims.

Dated as the Tijuana Brass may seem, a revival may be underway. An unexceptional track from Whipped Cream went viral last year when someone used it as background for a TikTok clip. The tune, “Ladyfingers,” now has 100 million streams, far outpacing “A Taste of Honey” and other Alpert classics. 2022 also saw Alpert’s 1979 hit “Rise” appear on the Spiderhead soundtrack. (“Rise” was famously sampled by Biggie Smalls in “Hypnotize,” which must be part of its ongoing appeal.)

Alpert doesn’t need the royalties. He was the A in A&M records, the most successful indie label ever. He is 87 and he still tours.