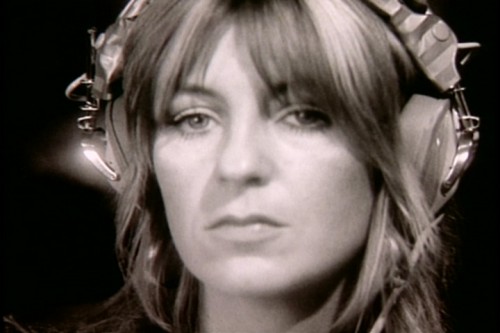 Editor’s Note: Christine McVie of Fleetwood Mac died on Wednesday after a brief illness. She was 79. In her honor, we’re resurrecting a post from a decade ago, lightly reworked for the sad circumstances.

Christine McVie was the Mona Lisa of ’70s rock music. She always seemed one cool remove away from the maelstrom of Fleetwood Mac, but there was a lot going on behind that sardonic gaze, and she let it out in her songs, where she specialized in first-person accounts of romances that could be right even when they felt so wrong – and, of course, vice versa. Today we’re celebrating McVie with five covers that give a whole different meaning to the phrase “one cool remove away.”

Birdsong at Morning’s members have quite the unusual background for a band – wunza college professor, wunza media consultant, and wunza vice president of operations. (Furthermore, two of the three attended the New England Conservatory of Music.) Together, they write and record acoustic adult music they describe as “ambitious, refined, insightful, patient, and often heartbreakingly beautiful,” and like the man says, it ain’t bragging if you can do it. What they do with “Never Make Me Cry,” the quietest and arguably the purest moment on Tusk, deserves to be shou–er, whispered from the highest rooftops.

One Response to “In Memoriam: Christine McVie”