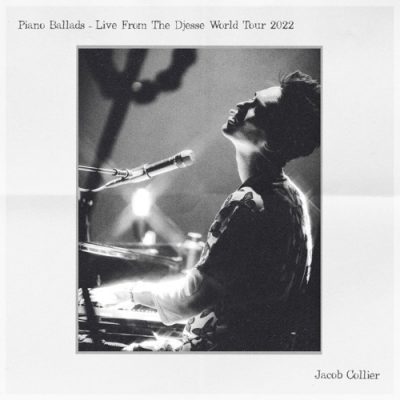 “Here’s a bunch of stuff I played at various shows on my recent tour” doesn’t sound like a very cohesive album concept. But musical whiz-kid Jacob Collier pulls it together by focusing on solo-piano covers he performed. The run times alone give you a sense of his ambitions. The shortest song is six minutes, and many top ten. Do you really need ten minutes of “Carolina In My Mind”? Yes. You do. On all these tracks, Collier starts with the basic song as a mere guide post, experimenting vocally and musically. On several tracks he turns the audience itself into an instrument, guiding them as expertly as he does his piano. – Jane Conoway 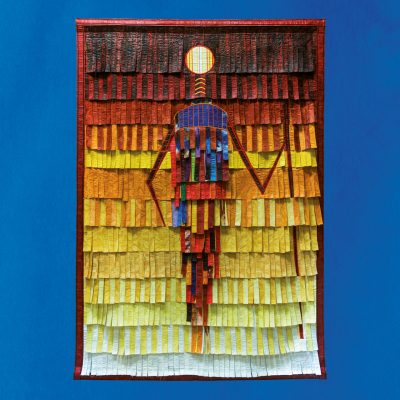 Being the child of a music legend is not without its challenges, especially if you’re trying to carve out a path in the same field as your famous parent. There’s no right way to do it, but Vieux Farka Touré – son of the late guitarist and singer Ali Farka Touré, Mali’s “King of Desert Blues”– has handled it better than most. Rather than distancing himself from his father’s legacy, you could say that Vieux has expanded upon it, picking up where the elder Touré left off. His new album, Ali, is an unabashed tribute to the music of his father. For this project, Vieux has enlisted Khruangbin, a trio from Houston Texas who have parlayed their shared love of Afghan music into an Asian-influenced, groove-oriented sound. As a tribute to Ali Farka Touré, Ali is reverential without being afraid to push the music in new directions. As a collaboration, it finds two acts who eager to accommodate each other while celebrating their differences. And as 37 minutes of groove-based, exploratory music, it is nothing less than a joy. – Tim Edgeworth 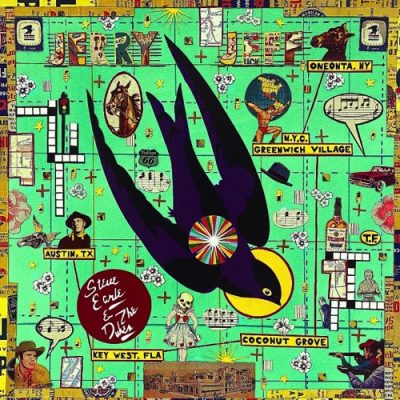 Steve Earle’s getting good at these tributes to friends and mentors. Jerry Jeff is his third, following Townes and Guy. (Yes, of course there has also been J.T., but that paean to his prematurely deceased son was a force of necessity rather than choice). Those uncertain why Earle might be drawn to the works of Jerry Jeff Walker, seemingly less of a maverick, might need to think again. In fact, I’ll stand on Bob Dylan’s coffee table in my cowboy boots and say that the first half of Jerry Jeff (a.k.a. “side 1,” if you’re over 40) is as good as any Earle has made over his decades-long career. If it makes you want to investigate Jerry Jeff Walker’s back catalog a tad deeper, I dare say Earle will think his job done. – Seuras Og 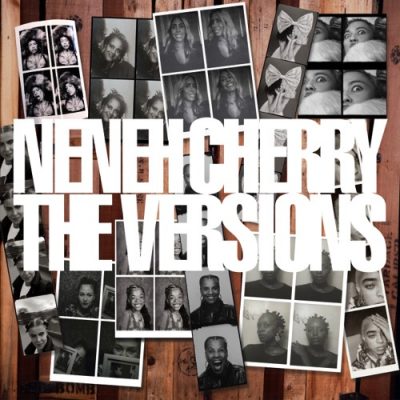 When Neneh Cherry made that huge international splash in 1989 with her debut album, Raw Like Sushi, it was the result of a big collaborative effort, or, as she put it, “just having fun with my friends.” Cherry now cites a collaborative spirit in the revival of such iconic Sushi tracks as “Buffalo Stance” and “Manchild” on The Versions, billed as a Neneh Cherry album while, in fact, featuring a bumper crop of current female artists taking the lead on her tunes. Cherry has handpicked the artists predominantly from her pool of friends, like fellow Swedish pop great Robyn and Australian singer Sia, as well as Kelsey Lu (Neneh’s “sister from another planet”), Greentea Peng, and Jamila Woods. Together, they go on a journey that celebrates her unique skills as a songwriter and collaborator. – Adam Mason 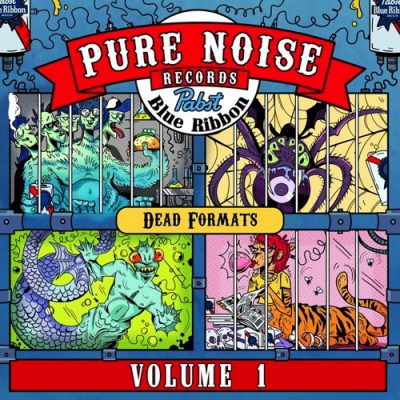 “What’s My Age Again” provides the soundtrack for the time machine that is this album. Step out into the ’90s and ’00s and revisit some of your favorite songs, whether you were into punk, emo, or even ska in that era. A laid-back “Santeria” becomes a little more groovy and laid-back, while “Welcome to the Black Parade” gets some extra pep in its step; once a march, it now has tinges of folk if you focus closely. Other covers stay closer to the original, like “Inside Out” and “Brain Stew / Jaded.” There is still plenty of relatable, angsty energy to go around in songs like “Fell in Love with a Girl” and the full-scale screamo “Seven Years” too. After we have had some throwback adventures, the closing song reminds us to get back into that time machine and travel back to reality: “move along” to the 2020s. – Sara Stoudt 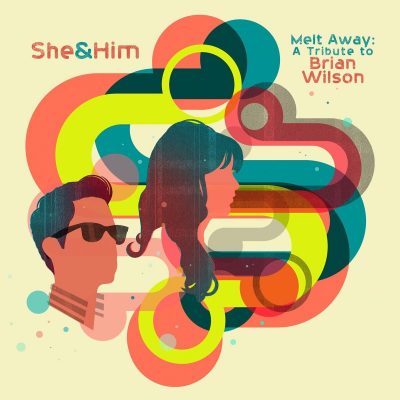 15. She & Him
Melt Away: A Tribute to Brian Wilson

Having released two Christmas albums, it is only fitting that She & Him move on to tackle summer. And what says summer more brightly than the Beach Boys? Melt Away is an admirable venture, the sum greater than the constituent parts and the love and respect palpable. While a greatest-hits approach may have shifted more copies, the fact that they tackled some of the unusual culprits is to be applauded. Brian Wilson himself, sounding both so sincere and so Brian, has said: “Zooey and Matt did such mind-blowing versions of our songs. The harmonies are beautiful and right on. I love this record!” And, frankly, isn’t that enough? – Seuras Og 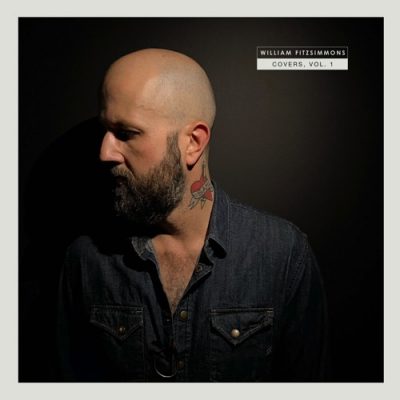 A warm blanket. Hot soup. A hug. When life feels chaotic, the simple stuff can do wonders. But as comforting as all those aforementioned things are when you’re feeling down, if you are a music nerd, you will likely need a little bit more to settle your body and soul. Fortunately for all of us nerds, there was a cover album released in 2022 that meets this sort of sonic need. Meet the musical embodiment of all those simple comforts: singer-songwriter William Fitzsimmons’s plainly-titled Covers, Vol.1.

The sound is folky and delicate, the vocals are whisper-quiet, and the song choices are eclectic, ranging from the established beloved (Joy Division’s “Love Will Tear Us Apart,” Elton John’s “Your Song”) to the indie cool (Phoebe Bridgers’ “Smoke Signals,” Sufjan Stevens’ “Futile Devices”) to the wonderfully irreverent (Taylor Swift’s “The 1,” John Denver’s “Annie’s Song”).

While every song is offered with supreme warmth and empathy, there are a few standouts. His take on the 21st-century classic by The Long Winters, “The Commander Thinks Aloud,” rivals the original in its dreamy astonishment. Both the Bridgers and Sufjan covers are absolutely exquisite, as are the supremely wistful takes on stellar R.E.M. deep cut “Sweetness Follows” and Peter Gabriel’s eternally bright “Solsbury Hill.”

This album is just plain love. William Fitzsimmons is here to help you get through the damn day. Let Covers, Vol.1 hold your hand and it’ll all be okay. – Hope Silverman 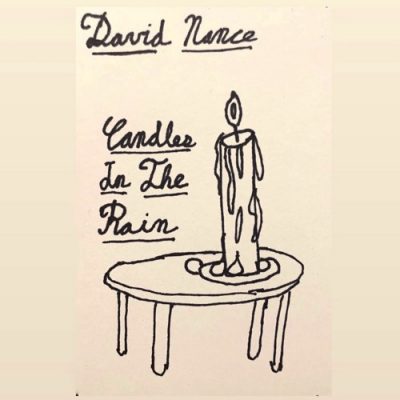 When you’re thinking of albums that deserve the tribute treatment, it’s not likely that you think of Melanie’s 1970 release Candles in the Rain. Fortunately for us, David Nance did. Nance has a history of covering classic vinyl records that aren’t the first records you associate with that artist – think Beatles For Sale or Goats Head Soup, both of which he’s done up in a ramshackle lo-fi fashion (or, as he puts it, “fried-ass mono but dubbed with love”). Turning his vision to the quixotic hippie stylings of Melanie makes for guaranteed clashing, but all to the record’s advantage. Nance changes the titles as well as some of the melodies, so you’ll want to keep an ear out for the covers of James Taylor and the Rolling Stones that came via Melanie’s own covers. Recommended if you like artists with a Midwestern DIY ethos. – Patrick Robbins 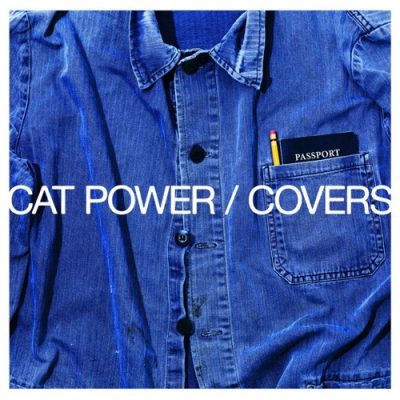 At this stage of her career, Chan Marshall, a.k.a. Cat Power, is arguably as well known for her cover versions as her own songs. Covers is her third dedicated album thereto, with a scattering more across the rest of her other output. When other artists reach their third such collection, whispers carry that this may be a sign of fading inspiration. If Marshall’s covers were just a stack of facsimile copies, cut’n’pasted from the usual culprits, possibly that worry could carry some weight for her as well. But Marshall has long since stopped having to defend her love of remorphing and remolding the songs of others, oft citing that being her approach to her own songs as well. So what do we get here? Twelve songs, from this century to just over halfway through the last, from artists some celebrated and some surprising, taking no heed of genre or expectation in the songs chosen. So Frank Ocean sits alongside Nick Cave, Shane MacGowan with Lana Del Rey, with Billie Holiday and Kitty Wells for good measure. – Seuras Og 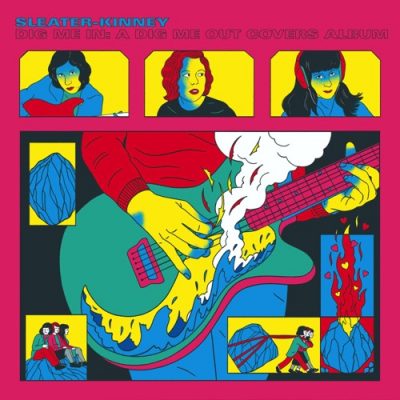 11. Various Artists
Dig Me In: A Dig Me Out Covers Album

This cover album celebrates the 25th anniversary of Sleater-Kinney’s third album, Dig Me Out, that helped propel them towards the ears of a wider audience. For some context about the album, I highly recommend the corresponding 33 1/3 book by Jovana Babovic. Some contributors to the album, like The Linda Lindas, seem like a natural fit as they follow in the riot grrrl footsteps. Others contribute more interpretative than imitative covers. Kicking the album off with a St. Vincent cover of the title track may be a bit of sticking point for those fans who mourn Janet Weiss’s departure from the band; after all, it was St. Vincent who produced the band’s latest album, which led to those irreconcilable creative differences. This cover is in your face electro-pop, rubbing out the rough edges of the original in favor of a more slinky and sultry sound (perhaps fueling the argument that this new production changed the Sleater-Kinney sound, and not for the better). This is not the only cover with these elements, though; “The Drama You’ve Been Craving” is full of dance club beats and techno elements.

Overall the covers are often more toned down from the original (“Heart Factory” and “Dance Song ’97” for instance), less about raw angst, and more about celebration of a band that inspired others to find their voice. I am drawn to the weirder covers, the ones that don’t scream riot grrrl but nevertheless stand for something. A stand out is Margo Price’s “Turn It On” which features a banjo that I can’t get enough of. This version is western outlaw meets rebel girl. – Sara Stoudt

The Top Ten coming on the next page…