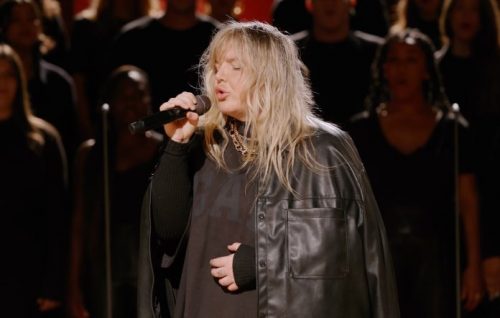 “Dance Monkey” hitmaker Tones and I covered fellow Australians Gang of Youths’ song “Achilles Come Down” for her recent appearance on Triple J’s Like a Version. Her version began with the pared-down combination of vocals and a grand piano. Next, orchestral strings come in with a soft pizzicato in the second verse. So many creative liberties were taken in this version, and the classical flutist/arranger in me is absolutely loving it.

The next interesting turn the song took was the added ostinato feeling lyric: “Scaring us, love you, scaring us, love you” that the full choir reiterated. Later on in the song, Toni Watson does a similar move by repeating the line “The most dangerous thing is to love” in a similar style. The tune eventually transforms an industrial-orchestra mashup with the poignant choir, heavy synths, trappy snare, and arpeggiating strings.

Check it out below.