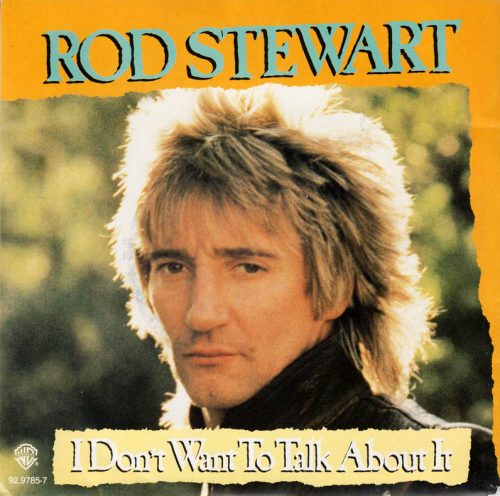 A crushed Young, who had already written “The Needle and the Damage Done” about Whitten, went on to record Tonight’s the Night, a tribute to him and to roadie Bruce Berry. These are some of Young’s strongest works and have all the impact today that they had on first release. But there’s another artistic work related to Whitten that’s arguably greater and longer lasting. And it came from the pen of Danny Whitten himself.

In 1971, Crazy Horse released a self-titled album. Coming after their work on Young’s Everybody Knows This Is Nowhere and After the Gold Rush, it could be seen as them striking while the iron was hot, while a pocket of music listeners recognized their name and sound. It only reached #84 on the Billboard charts, but was critically respected and still holds up today. Whitten wrote five of the eleven songs, and they were seen as the strongest songs on the album – especially the track that closed side one, which Rolling Stone called an “unexaggerably lovely ballad.”

Nils Lofgren, who also played on the album, remembers its creation:

Danny was a very soulful man and a good man and he was the one who got me in Crazy Horse. I loved his song, “I Don’t Want To Talk About It,” and I think it is one of the greatest ballads ever. It has a very haunting lyric and I put two lines into the song because Danny was so ill when he recorded it. He could still sing and play but he wasn’t bothered with much else. We said, “Danny, we’ve got to do this song, it’s a great song” and he said, “It needs a second verse” and this went on for months. He never could get it together and then we were in the studio and got in an argument, and he said, “Okay, well, one of you write it.” I left the studio and wrote a couple of lines quickly and I said, “What about these” and he said, “Fine, let’s do it.” Danny and I sat opposite each other with acoustic guitars and Ry Cooder was playing slide on his lap and it came out beautifully.

Four years after Crazy Horse and “I Don’t Want To Talk About It” came out, Rod Stewart released the album Atlantic Crossing. This was the point in Stewart’s career when he left behind his raggedy Mod persona to become an Englishman in L.A., smoothing out and shining up his songs in the process. Choosing this tine on his fork in the road would come to earn him commercial success and critical anguish, but in 1975 the slickness was fresh and intriguing.

“Sailing” and “This Old Heart of Mine” were the singles, and they did well. But when Stewart toured Europe in 1976, he saw that the crowds would sing along to the deeper cut “I Don’t Want To Talk About It.” In Amsterdam, band member Jim Cregan remembered, “They sang so loud we couldn’t hear ourselves. I looked up and saw that Rod had started crying. I couldn’t look at him because I was starting to cry as well. The whole band were turning away from each other, all getting choked up. It was having this whole audience communicating so powerfully they could move a band to tears.”

No fool he, Stewart realized the commercial potential of the song, so more than a year and a half after Atlantic Crossing‘s ship had sailed, “I Don’t Want To Talk About It” was released as a single, backed by another cover of an obscure ballad, “The First Cut is the Deepest.” “Two ballads, if you please,” Rod later noted.

When the single came out, Queen Elizabeth II was celebrating her Silver Jubilee, and the Sex Pistols’ “God Save the Queen” was roaring up the charts. It never got to number one, though – “I Don’t Want To Talk About It” blocked it out. Rumors ran rampant that record business shenanigans had taken place to assure no slagging off royalty would sully the festivities. Thirty-odd years later, Richard Branson, head of Virgin Records (the Sex Pistols’ label), said the fight between the two singles had been a fair one – “so I’m claiming a clean victory,” Stewart crowed in his autobiography.

“I Don’t Want To Talk About It” has become a minor standard in the rock world, with covers from the likes of Rita Coolidge, the Indigo Girls, and Everything But The Girl, who took it to #3 in the UK. Sadly, Danny Whitten never saw what his song became. But his one perfect rose has bloomed again and again, and as long as there is heartbreak, it will always have an audience.

One Response to “That’s a Cover?: “I Don’t Want To Talk About It” (Rod Stewart / Crazy Horse)”