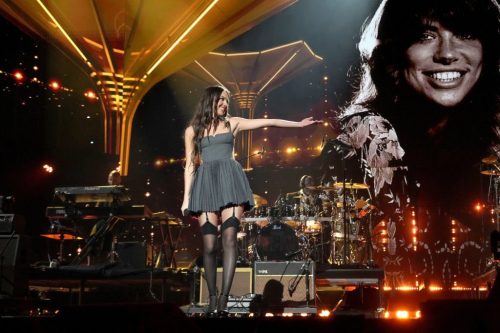 In honour of Carly Simon’s induction into the Rock n Roll Hall of Fame over the weekend, Olivia Rodrigo was tasked with performing one of Simon’s biggest hits “You’re So Vain” for the induction ceremony. The cover itself is very straightforward, as you’d expect for a ceremony of this type – Rodrigo’s voice is on fully display here, and seemed to be a good choice for the track, given her track “good 4 u” being of similar sentiment.

One interesting behind-the-scenes note: Apparently Alanis Morissette intended to duet with Rodrigo on the track. But, after some initial rehearsals, she bailed after experience what she called “an environment that reduces women” on site. Though she didn’t get into specifics, she made clear the issue was not with Rodrigo. You can read her statement about it at Variety.

Check out Rodrigo’s Alanis-less cover below, and check out Cover Me’s recent features on every 2022 Rock and Roll Hall of Fame inductee. HBO will broadcast the ceremony next weekend.