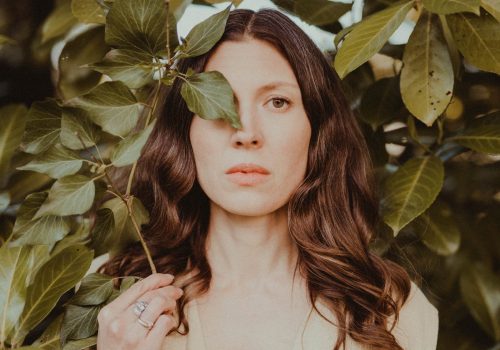 Singer-songwriter Alela Diane has been making records steadily the better part of two decades, including this year’s Looking Glass, produced by Tucker Martine. Chief among the web of Diane’s influences appears to be the legendary folk-rock troupe Fairport Convention and, more specifically, Sandy Denny, that group’s magnetic lead vocalist and figurehead. In support of Looking Glass‘s recent, Diane has shared a new cover of Sandy Denny’s best-known solo number, “Who Knows Where the Time Goes?,” performed in a live session for The Line of Best Fit. The video capture and Diane’s performance are both mesmerizing, spooling out in long, slow lines. Diane is practically a dead ringer for Denny here too — standing alone with the song’s singularly haunting spirit, illuminated with just the right amount of echo and bravado.

Diane will be back to performing live at the top of 2023, including a number of dates with The Decemberists, who are no strangers to Cover Me this year (and are almost certainly acolytes of Sandy Denny, her band the Strawbs, and most of all Fairport Convention themselves). Check out Alela Diane’s cover of “Who Knows Where the Time Goes?” below.

One Response to “Alela Diane Channels Sandy Denny in Live Version of “Who Knows Where the Time Goes?””