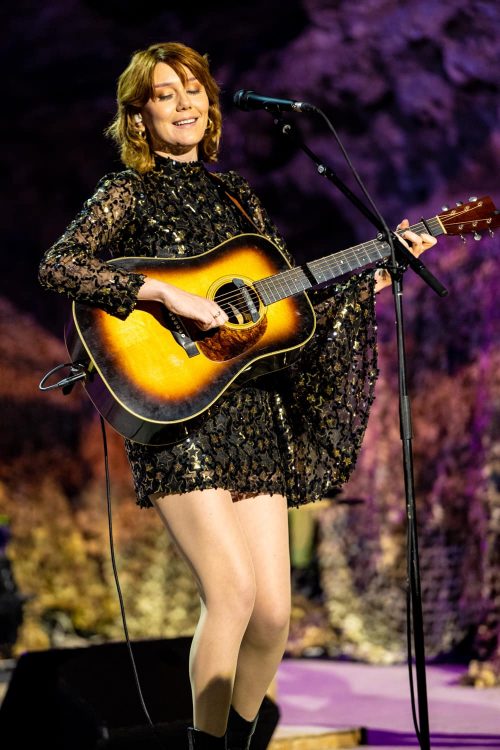 Jefferson Airplane’s “White Rabbit” is one of the definitive American psychedelic songs (even though it was released on an album of folk rock). Both the Alice in Wonderland-inspired lyrics and the Latin march feel of the song have also led to its heavy use in film whenever someone is trying to portray mental confusion.

But have you ever wanted to hear a bluegrass version?

Because Molly Tuttle & Golden Highway have you, um, covered. Tuttle is no stranger to Cover Me, with many of her covers featuring on our Best of the Month lists. Her version of “White Rabbit” is mostly what you would expect from “bluegrass cover of ‘White Rabbit.'” The opening guitar hews pretty close to Jorma Kaukonen’s original, only with more extrapolation, and Golden Highway capture the exact feel of the song, only bluegrass. Tuttle sticks to the vocal melody too. But 90 seconds in, there an instrumental break where Tuttle and her band stretch out, really finding their way into the song.

There is the studio effect to make the song sound a little more trippy (which is admittedly hard to do on only acoustic instruments). And, instead of the song, ending immediately afters its climax, there’s a second instrumental section, a coda, where the band pick up the pace further, jam it out. The two breaks double the song’s length.