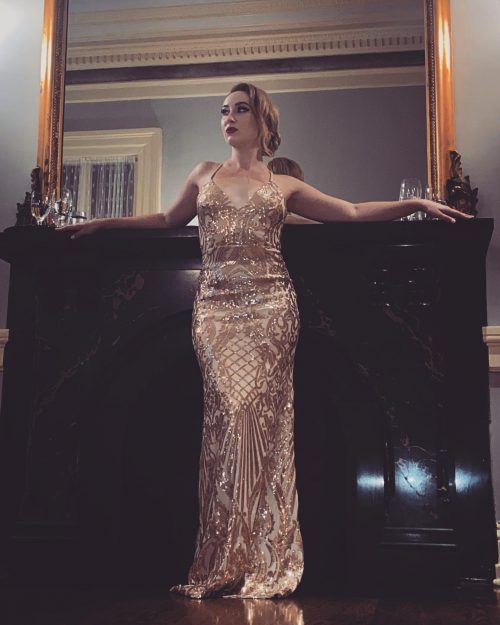 At this point, “Seven Nation Army” is much bigger than the White Stripes – watching the baseball playoffs last week, I heard the crowd chanting the bassline. It feels like if you ever watch a baseball game, you’ll hear the crowd chanting the bassline. (It was my hometown team’s 8th inning rally song for years.) It has moved into a realm few songs reach, where it is played constantly at sports events all over North America. This makes it a hard song to love even if, once upon a time, many of us did indeed love it.

Robyn Adele Anderson, of Postmodern Jukebox fame, and her friends are here to save us from the sports arena ubiquity of Jack and Meg’s most famous song. Advertised as a bluegrass cover, her version of “Seven Nation Army” flirts with some of the retro jazz shtick of Postmodern Jukebox as well, given the very non-bluegrass rhythm section of a standup bass and full drum kit.

The cover starts off with the fiddle taking the iconic bassline. Anderson fully leans into the song, which is sort of expected for this kind of thing. There’s a pretty decent banjo solo that manages to not sound anything like the original. But then this cover does drift a little to what everyone is expecting, after that solo with all other instruments dropping out except the bass and the drums. For the climax, the fiddle takes the slide guitar part, like you’d expect.

It’s a pretty straight-forward cover, and doesn’t quite live up to its promise of ‘bluegrass “Seven Nation Army” given the instrumentation. But it’s a fresh, fun take on a song that has been played so much in the last 20 years.