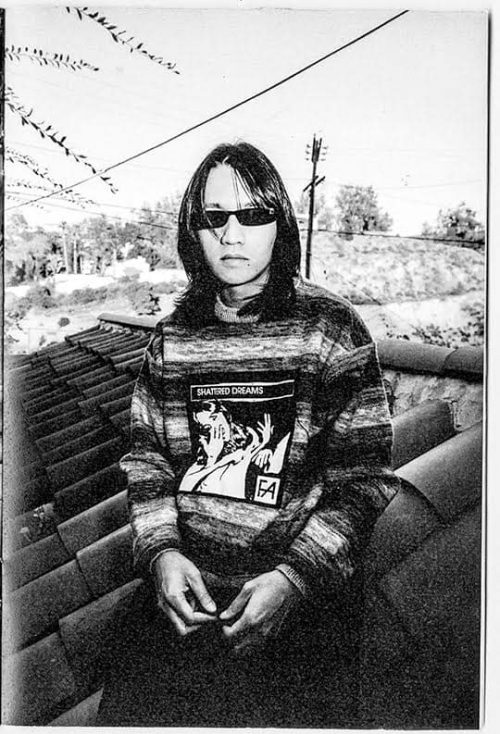 Like has happened to so many bands, Blur’s biggest hit, “Song 2,” is extremely unrepresentative of Blur’s sound. A parody of American grunge from the band’s self-titled foray into American alternative and indie rock, “Song 2” sounds utterly unlike their earlier songs, which arguably were the definition of ’90s Brit Pop. Because of its nature – deliberate parody of grunge or joke on their record company – a lot of people think the song is dumb.

Filipino Soundcloud rapper and musician Eyedress decided to do something a little different for his cover of this infamous song: He’s gone full Depeche Mode.

Not completely like Depeche Mode, of course. It’s not like Eyedress sounds like Dave Gahan or something. It’s more that this cover is classic 80s British synthpop – complete with a fake accent – and the opening synthbass could easily pass for early Depeche Mode or one of their contemporaries.

Is it a gimmick? Sure! But it’s fun, and it manages to completely detach the song from its history as “Blur’s loud, nonsense rock song.” “Song 2” actually works in this mold and it’s possible imagining an alternate reality where Blur were a synthpop band and made something like this, completely with a little extra snot than the classic British synthpop bands were willing to put in their vocals.