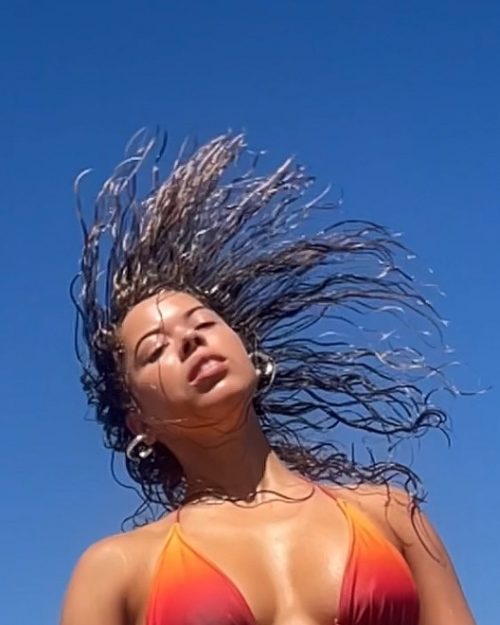 The title track to PJ Harvey’s second album, Rid of Me, is powerfully dynamic performance about sexual obsession and empowerment. It’s not one of her most covered, perhaps because of the nature of the lyrics or because few people feel they can match Harvey’s performance.

Nilüfer Yanya, named after Turkish singer Nilüfer, is a British singer-songwriter who just released her second album in March. Reportedly, she hasn’t been able to get “Rid of Me” out of her head since she first her it, so now she’s covered it. (And had her picture taken replicating the album cover, to boot.)

Yanya’s cover stays pretty close to the original in the opening, with just her voice and guitar. It echo’s Harvey’s performance except that Yanya’s voice is extremely distinct. But for the chorus, Yanya plays around with the phrasing and arrangement, keeping her voice somewhat restrained, relying on the instrumentation to break through.

As the cover progresses, she adds more to the mix, resulting in a way more dense recording than the original, which gives the whole thing a completely different vibe. It’s quite a faithful cover but, because of Yanya’s distinct voice, and the way this version builds, it feels like a pretty fresh take on this song.