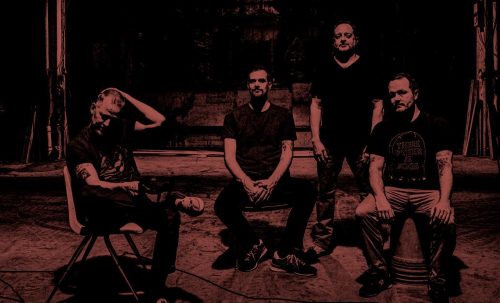 “50ft Queenie” is the first single from PJ Harvey‘s second album, the aggressive Rid of Me. The song is a raucous parody of male rock singer machismo, appropriating many cliches from loud male rock singers, with Harvey joking about the size of her, um, you know.  A Top 40 hit in the UK, it’s a relatively early example of alternative rock playing with gender stereotypes.

Bitter Branches is a hardcore super group of sorts, composed of former members of Deadguy, Lifetime, Kiss It Goodbye, Paint It Black and other Philadelphia-area punk bands, who have been making music during the pandemic. They’re recorded their cover of this PJ Harvey for a benefit album for the Southern Poverty Law Center.

Their approach to “50ft Queenie” is relatively straight-ahead but also much more aggressive. The opening bass plays a little bit with the rhythm of the original, there’s some feedback and there’s some sighing from the lead singer. Everything is louder than in the original. The singer is in full hardcore shouting mode, for the second verse the the whole band leads into it, whereas everything dials back in the third (and the drums take a break). There’s some real dynamism here in such a short song.

It seems to be played extremely straight but, given the cause, it’s likely the band members are aware of the irony of a group of men making an even more aggressive version of a song parodying male aggression.