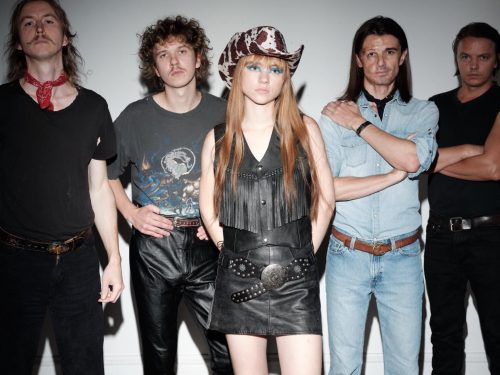 Though best known in the version of by The Carpenters, “Superstar” is actually a Delaney & Bonnie song that was performed by Rita Coolidge (the uncredited co-author), Cher and Bette Midler before The Carpenters got their hands on it. But it’s The Carpenters’ version that everyone knows, and their pacing that is definitive.

Holy Motors is an Estonian rock band with a reverence for Lee Hazlewood and dream pop (perhaps filtered through Twin Peaks). Their version of “Superstar” is exactly what you would expect from a band that mentions both twang and reverb in their bio. There’s an extremely twanger guitar with some kind of pitch effect on it, and some of the instruments on the track are just drowning in reverb. The cover skews a little closer in terms of tempo to the original, but it’s even slower. The chorus is particularly dreamy, making the whole thing sound a long way from The Carpenters.

Though they don’t do anything to the melody, it’s still a distinct take on a very famous song that manages to sound fresh and fun (if you can get over the excess reverb). Check it out below: